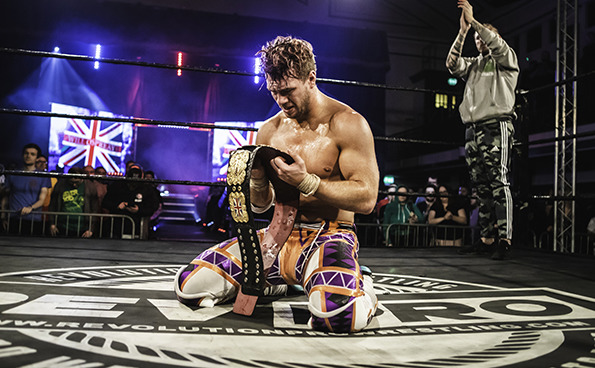 In a recent interview with WrestleTalk, Will Ospreay talked about the possibility of facing CM Punk after Punk mentioned wanting to face Ospreay if he ever came back to a wrestling ring.

Ospreay said that he would definitely love to have a match with CM Punk, but it would have to be for New Japan Pro Wrestling. Ospreay suggested that Punk keep January 4th open, which is usually the date of NJPW Wrestle Kingdom, just in case he wanted to ‘help the business move forward.’

Here are some of the highlights to the interview:

Will Ospreay on if he would take the match with CM Punk:

“Of course I would, but only in a New Japan ring. I have this thing where I don’t think this is going to happen. Here’s how I view the situation and sorry if I drag this out. I would listen to your idea if it’s John Cena, if it was Rey Mysterio, if it was Daniel Bryan or Will Ospreay. No matter what you think of my talent and my ability, superstardom-wise, I’m a goldfish and Cena, Bryan and Mysterio are great white f’ing sharks”. Why me? I get this itch and I’m like, is he wanting to come back? I don’t know. Then I start just messaging around, and I’m like is he pulling a Punk card on me? Am I just being f’ed with?, and people are like I don’t know dude, maybe. I sat there for a second and was like I’m just going to ignore it. I’m not going to say anything, and then he tagged me in on Instagram. I’ve never talked to him in my entire life. We’ve never said one word to each other. It was a tweet between us and I was like ‘is this going to happen?’”

Will Ospreay on wanting to get CM Punk out of retirement:

“I’m sitting there fidgeting and I’m like I brought Amazing Red out of retirement, could I bring CM Punk back. I’m going to try for it. I’m going to put it out there to the world. I will always be a Punk fan, the moment he said cross-legged on that stage. Jericho was huge when he came over to face Omega, we could only top that if we got Punk, and I think it can happen. I don’t want to say it’s in the pipeline. I don’t want to say there’s been words. I don’t want to say there has been phone calls between the offices because there hasn’t been. But there is a want from him to listen at least, and that is the only bit of hope I need to try and make this happen. I will behind over f’ing backwards and fold myself in half to try and bring back CM Punk.”

Will Ospreay on CM Punk being the only one who can make the match happen:

“He’s the only one that can make this happen. I’m calling his bluff here. I’m going to say just listen to my idea. Just listen to what we’ve got in mind. It’s one day, alright maybe three at max. You’ve got well well advanced warning. January 4th. It can happen. Just pick up the phone. It can happen. I want people to want something outside of the realms of possibility. We’ve been told for years if Punk was ever going to come back it would be WWE. What if it wasn’t? It can happen.”

Previous The Big Show Show Makes Top 3 On Netflix
Next Jim Ross on The Revival fitting in with AEW, Reminds Him Of The Old Midnight Express 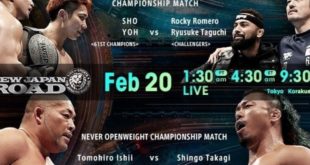