Breaking News
Home / AEW/WWE / Jim Ross on The Revival fitting in with AEW, Reminds Him Of The Old Midnight Express

Jim Ross on The Revival fitting in with AEW, Reminds Him Of The Old Midnight Express 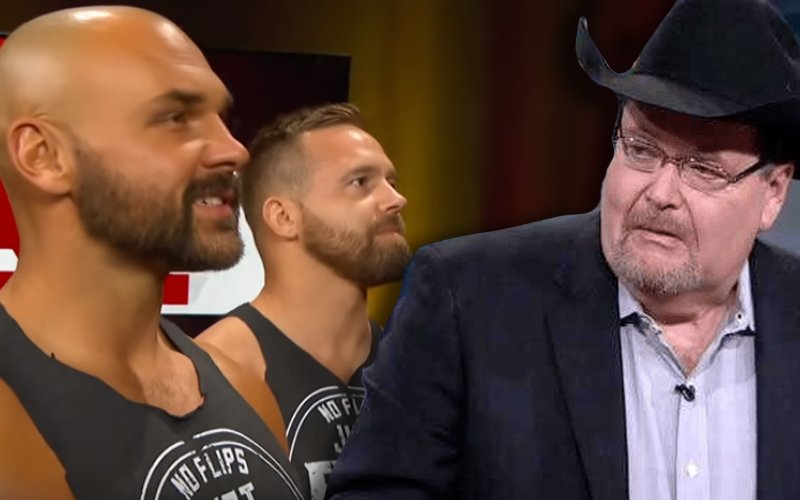 Jim Ross was recently a guess on the latest episode of Top Rope Nation, where he talks about several topics, including the news of The Revival being released by WWE.

Ross thinks really highly of the former WWE Tag Team champions, and feels that they would be a great fit with AEW, because they are not sports entertainment guys, but wrestling guys like other guys in AEW. Check out the highlights or listen to the full podcast below.

Jim Ross on The Revival fitting in with AEW:

“I think they would fit in to our team very, very well. We’re trying to be a little bit more athletically oriented, more fundamentally sound in our storytelling, and the Revival team certainly fits that bill. They are one of the best tag teams in the world, period, no matter where it is. So I think they would do great in our company, whether that happens or not remains to be seen. There will be gross speculation that it’s a done deal, all that good stuff, but Tony Khan handles that, I’m not in that talent relations role anymore, thank goodness.”

Jim Ross on how he can’t imagine Tony Khan not being interested in The Revival:

“I can’t imagine, knowing Tony Khan as I do, and the fan that he is, and his ability to spot great things, that he wouldn’t be interested. Why would anybody not be interested in the Revival is my question. So I’m thinking that there’s a possibility they can to work for us. I’d love that, I’d love to call their matches, I’ve watched a lot of their work, they’re a throwback team, and that doesn’t mean they wear black boots, ya know, it’s the old school stuff, they are fundamentally sound, they are old school oriented in the process of telling a story, and I think that’s really important. They don’t leave things out, they don’t take shortcuts, and they have the ability with their skillset to work with any team out there and make that team and that match better.”

Jim Ross on his thoughts on The Revival:

“I hope that they consider AEW, and I sure as hell would love to call some of their matches. They remind me a lot of the old Midnight Express, they just don’t have a Jim Cornette in their corner right now, but boy these guys are good, they’re really good. And they’re young, they’re athletic, they’re durable, they seem to be good locker room guys, they’re wrestling guys, they’re not sports entertainment guys, that was never a great fit, but they’re wrestling guys and they need to be in a wrestling company. For my money, that’s AEW.”