With today being 4/20 we here at WrestlingExaminer.com wanted to take a look at some of our favorite wrestling potheads who are sure to be celebrating 420 today. Marijuana in wrestling along with drugs and alcohol is something that is very common within the boys in most locker rooms, but marijuana use is something that is not only common in the locker room but is also becoming more and more acceptable all over the country as over 20 states have made it legal in one form or another. 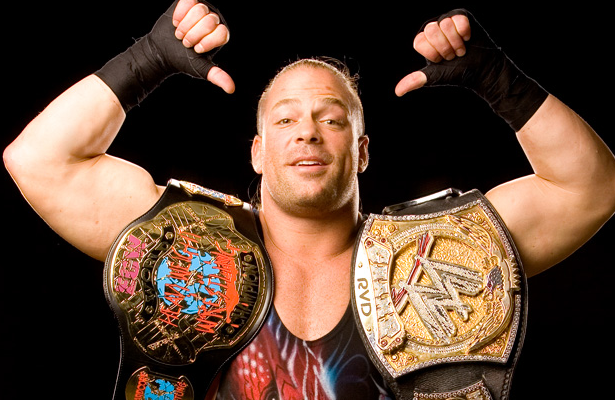 Rob Van Dam – ECW original RVD definitely has to be the biggest, most well known pot smoking wrestler ever. He is so well known for it that he actually made it part of his gimmick. Back in ECW he used to end his interviews with “RVD 4:20 means I just smoked your ass!” which was a take on “Austin 3:16 means I just whooped your ass!” He even came out in the 1999 March edition of High Times which is one of the biggest, if not the biggest magazine dedicated to Marijuana use. For decades he has been a major advocate for the legalization of marijuana. Back in 2006 while riding with Sabu they were pulled over by the Ohio state police. RVD was charged with possession of marijuana, which stopped the current push he had with WWE (He was the WWE and ECW champion) at the time.