Shane Helms on His 2018 Royal Rumble Return, Keeping It A Secret, WWE Underestimating The Hurricane’s Popularity 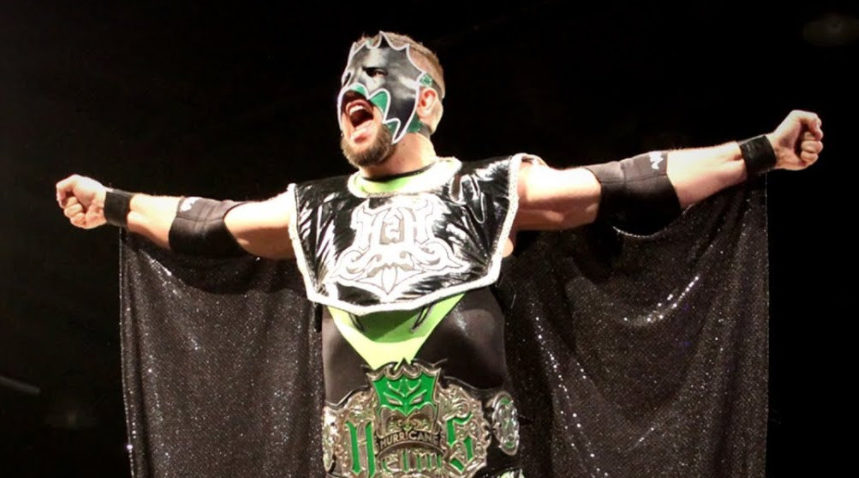 Shane Helms recently had an interview with Chris Van Vliet where he talked about his surprised appearance as The Hurricane at the 2018 Royal Rumble.

Helms received a huge pop from the crowd when it was revealed that he was the 21st participant of the men’s Rumble match as it was completely unexpected. Unfortunately he did not last long in the match as John Cena eliminated him quickly.

Shane Helms on how the return at the 2018 Royal Rumble came about:

“It was only a couple of weeks before. Maybe like a week and a half, two at the most. And that came across, that came about … I’d put up a post on Instagram. I got that booking because of Instagram, or at least partial, I’ve gotta give partial credit to Instagram. Because WWE has wanted me in the Rumble before, but I was either with a different company, or I was injured. It just wasn’t the right time. But now fast forward to 2018, and Enzo Amore had gotten in trouble or some — he got released or something, and he was the Cruiserweight Champion. And I don’t remember where — something had happened, and I don’t want to speak bad about him, because I don’t know all the details on that situation … but something had happened with him, so I had the WCW Cruiserweight Championship, I was the last WCW Cruiserweight Champion. So I still have that title. And I put up a picture of that and a replica of the WWE Cruiserweight Title and I said, ‘Hey, I know a guy.’

“So that just kind of went viral, and it was at a time where WWE was like, ‘Man, we need — who do we get as a surprise?’ This viral picture pops up, it’s like ‘Oh yeah, we can finally get Hurricane!’ They called and asked me about it, and I was like ‘Yeah, sure.’”

Shane Helms on keeping his appearance a secret:

“What I loved the most about that was how back myself and my fiancee bent over to keep it a secret. We didn’t tell nobody. We flew to a different airport, she went in disguise, because she’s in a lot of pictures with me, so wrestling fans, they’ll probably see her first, because she’s tan, blonde, just jacked, stacked. So they would see her first and go ‘Wait a minute, that’s Hurricane’s woman. If Hurricane’s woman’s here, then Hurricane’s here!’ They’d put it together. So she put on a wig and glasses, I had a scarf wrapped around my face in the airport. They flew us to actually Newark, put us in a limo to take us to Philly. And when we get to the arena, they come out with the big umbrellas to hide us getting out of the limo. And so we worked really hard to keep this a secret. And I was so happy with that reaction, because you, you know, you’ve got to have the confidence to think you’re gonna get a good reaction, but you never know. Philly was very kind to me, and it was one of the pops of the night and I say that with all the confidence. It was a nice night, and a nice moment.”

Shane Helms on his quick elimination in the match:

“I think — it kind of hearkens back to something I had to struggle with in WWE previously with that character. They always underestimated the popularity of the Hurricane for whatever reason. I was the guy that never struck out at base. You know, every time you put me out there, I’m either hitting a home run or at least I’m getting on base. My batting average was immaculate. So they really, I think they still kind of underestimated with, you can tell with how quickly I was eliminated. And that’s not a choice, that’s not my decision, and I wasn’t gonna show up and go, ‘I think I should be in there longer!’ I’m not gonna do that, I’m like ‘Hey, I’ll do it, whatever you want.’ I’m that type of guy. But they did realize I should have been out there longer.”

Previous Jon Moxley On His Match With Brodie Lee at Double or Nothing, Christian Helping Him Get Creative Freedom on Cagefighter
Next Scorpio Sky Added to Casino Ladder Match At AEW Double Or Nothing