Breaking News
Home / WWE / Bayley on Heel Character, Benefits Of Not Having To Perform In Front Of Life Fans & Much More

Bayley on Heel Character, Benefits Of Not Having To Perform In Front Of Life Fans & Much More 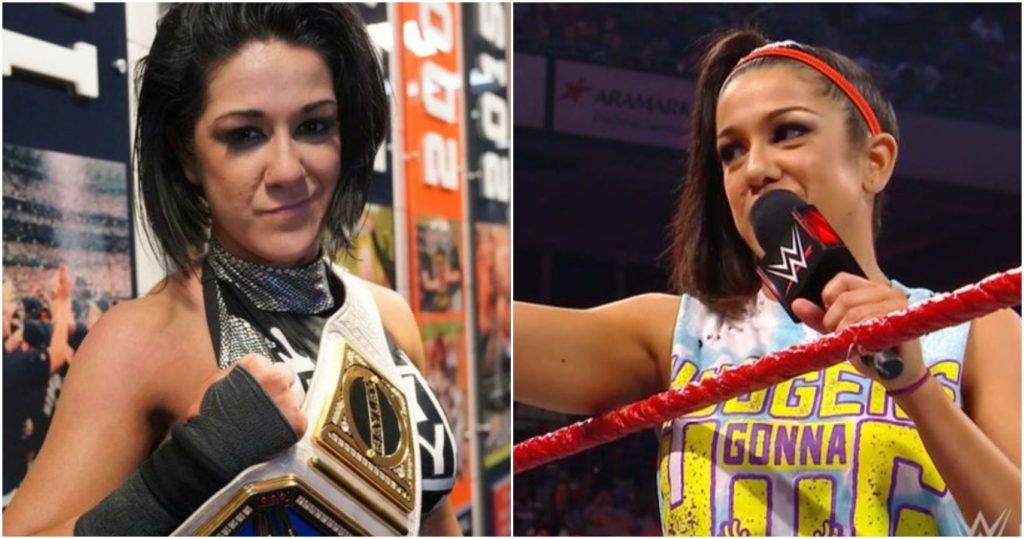 WWE Superstar and current SmackDown Women’s Champion Bayley recently did an interview with Digital Spy, where she talked about her new heel character, the benefits of not performing in front of a live crowd, and much more.

Bayley on benefits of not having to perform in front of live fans:

“It’s helped me a lot because I don’t really have to worry about the fan’s approval or worry about fans believing in what I’m doing or not buying into what I’m saying in promos or anything like that. I’ve found a certain annoyance in my character. I think that I can be very loud and it basically just echoes in the Performance Center because there’s nobody there and I just think it’s hilarious. So for me, I think it’s benefited helping me find myself as this character.”

Bayley on her new heel character:

“I’ve always had in the back of my head an idea of this character that I wanted to try if I were to change. So it was kind of me just throwing things out there and being like, ‘hey, I got this, I got this and I want to do this,’ and just (WWE) trusting me to do it. (WWE) had to really trust me and I had to really go for it, and that’s why I had to change everything and in order for them to believe it.”

Bayley on if she was an emo growing up as a teen:

“I don’t think so, honestly. The kind of music I would listen to was emo music, I guess. I would go to those concerts and maybe I surrounded myself with those kind of people. But I don’t think I was ever in that stage as a person but I’ve definitely seen it and I’ve listened to enough music of it so there’s little parts of me that I can, you know, find inside of myself and make it more.”

Bayley on WWE fans growing up with her character:

“Characters in general you grow up with. And not that it was the reason for the change but I think for fans it’s fun to see that journey. Especially for the people that were watching NXT when we were on Hulu and when we started on the WWE Network they’ve literally watched us grow up. It’s a fun journey and like a cool connection you have with certain fans.”

Previous Henry Cejudo Confirms Talks With AEW
Next AJ Gray Says AEW Needs to Practice What They Preach In Terms of Diversity, Need For Representation Backstage