Rob Van Dam On Backstage Politics in WWE, Turning Down Triple H’s Help With Promos Possibly Costing Him A Push 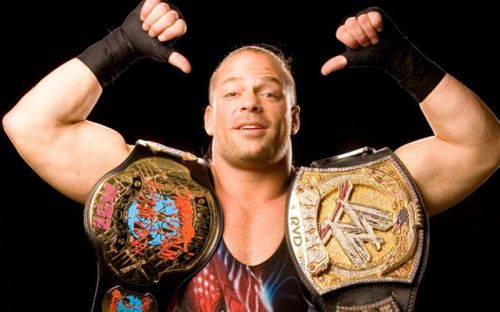 Recently ECW legend, Rob Van Dam did appeared on The Angle Podcast, where he talked about several different topics including backstage politics in WWE when he first arrived in 2001, refusing help from Triple H on his promos, and possibly being hurt by it.

Rob Van Dam on how political it was backstage in WWE back in 2001:

“In 2001, I went to WWE and I got thrown into a world of politics that I wasn’t prepared for. Like I couldn’t believe how political it was. People fighting over who brought me there so they could get more credit with the office, and promising me the world, and at the time, Chris Jericho, he was upset because they had already promised him all this stuff and now they’re promising it to me, which a lot of it they hadn’t delivered to him, and then I saw that happening, and then I saw my promises falling off. They said they were going to do this, but what happened, now they’re doing this. I had to not give a fuck. It was either really, really care, which truly is how you get ahead. Someone like Chris Jericho, obviously he really cares. You have to, and you have to to an extent to be where I’m at too, but as far as that stuff goes, with my values and my priorities, I just said that’s not the part that really matters.”

Rob Van Dam on turning down Triple H’s offer to help him with promos:

“I just heard recently that one of the reasons I wasn’t pushed was that they heard that Hunter offered to take me aside and help me with promos and that I turned him down. And I was like, I think that did happen, and the more I think about it, I totally remember that happening. I never thought about that in probably the last, eight or nine years, but I totally remember that happening, and I didn’t even realize it was that significant of a thing. But I remember totally feeling like, ‘Man, fuck him.’ I just thought he was another wrestler, and I was just like, ‘Man, I’m gonna get there on my own, I don’t want him pulling me aside and then he can say I’m one of his boys.’ But really that is the way that it works.”