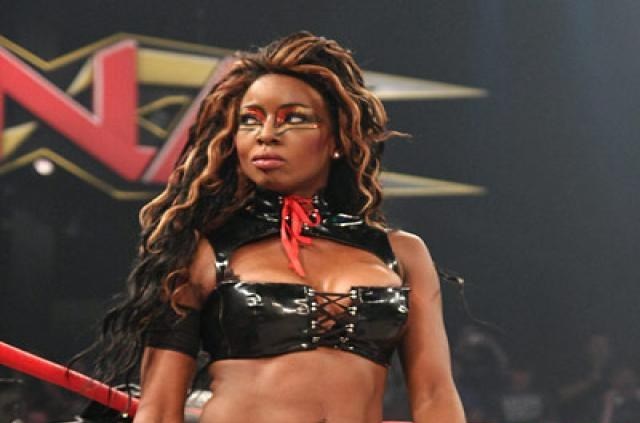 Former TNA wrestler Rhaka Khan, who recently made news when she accused Kurt Angle of abuse during the #SpeakingOut movement, will face trial on August 7 at 8 AM in the 409th District Court in El Paso, Texas for charges of interference of child custody and aggravated kidnapping facilitate.

Khan, whose real name is Trenesha Biggers was previously indicted in August of last year, but failed to appear in court twice, which led to her bail being revoked. The trial was first set to take place in April, but was moved to August. Biggers is scheduled to have a status conference at El Paso County Court on August 13, on charges of interfering in public duties from the 2017 charge.

In the state of Texas, interference with child custody is when a person,

“takes or retains a child when that person knows that the taking or retention of the child violates a judgment or order.” It is a state felony punishable by up to two years in prison.

Aggravated kidnapping can be first or even second degree felony. Fist degree is punishable by up to $10,000 in fines and fiver years to life in prison.