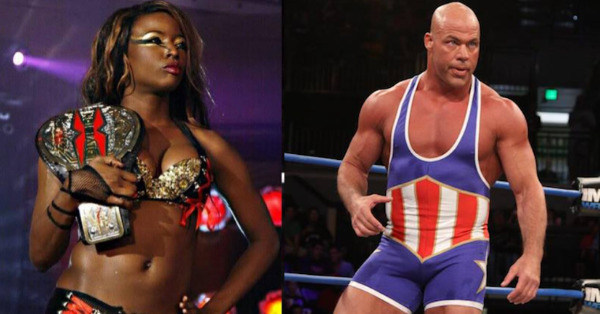 We must note that Biggers and Angle did go to court and their case was reviewed in the Western PA Court System and was dismissed by the Judge on Nov 11, 2009.

“Kurt Angle was beating me up, biting holes in my face, forcing me to have s*x with him, and threatening to take my job from me if I broke up with him, no one had my back. I have receipts.