Joey Ryan Responds to New Accusations Of Sexual Misconduct Against Him 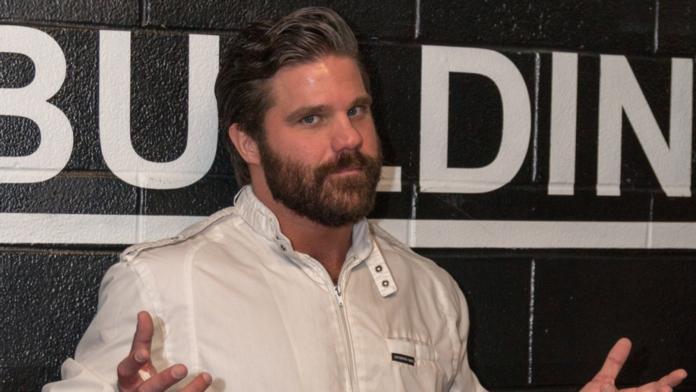 Impact Wrestling wrestler Joey Ryan has officially responded to the multiple accusations of sexual misconduct that recently came out over the weekend. Ryan said that even though his attorney asked him not to talk about any specific accusations, he wants to take responsibility for sometimes not treading people with respect. He also mentioned that it is possible that he might have pursued people who might have not been interested in him, and made them feel uncomfortable by invading their personal space. Ryan added that he started counseling in October 2018, and still attends every week, and is now on prescription medication. According to Ryan he has reached out to certain people involved in those incidents with him and had positive interactions.

Joey Ryan’s full statement can be read below.

This comes after 2 new accusations of sexual misconduct came out yesterday on top of the first one that we reported, which accused him of groping a woman and forcing a kiss on her. One of the latest accusations comes from a ring announcer named Charlie who said that Ryan propositioned her for sex and touched her without permission. The second is from a make fan named Marky who claims that Ryan also touched him without permission and was mocked for being gay by Ryan and David Starr. Yes the same David Starr that was recently accused of rape.

“I’m going to start this by saying that I’m ashamed. Ashamed that I brushed it off as ‘banter’ and ‘it’s just the lads’ – when what happened to me was not acceptable. The wrestler repeatedly propositioned me for sex after a wrestling show. Myself and the majority of the roster shared a few drinks after a show (an important point, this was my second ever show as an MC, – he took ADVANTAGE). The wrestler had come to the UK and up until this point in the night, despite being the only woman in a large group of 6ft+ men, I had felt safe. The majority of the wrestlers are my friends, my colleagues and my partner.

The wrestler sat beside me and proceeded to touch my hands and my arms, invade my personal space and desperately tried to get me to go home with him. The ‘home’ was another wrestler’s couch, he offered up someone else’s home without their permission to try and fuck me. He offered me sex multiple times, and when I told him I had a partner, that was ignored, despite my partner being only a few feet away. When I asked the wrestler if his wife would mind, indicating his wedding ring, this was also ignored – apparently they have an ‘arrangement.’ He refused to take ‘No’ for an answer.

He deliberately isolated me from my friends and my partner, sitting me on the furthest side of the tables, pushing his leg against mine, sitting beside me, almost ontop of me. He also made comments about the self-harm scars on my arms – an attempt at negging? Touching and stroking without my permission. Whatever it was, it was disgusting. I ignored it all as a bit of fun, laughing it off in the moment, surely I should feel flattered that a man all the way from America with a wildly impressive resume of titles and matches, arguably the most famous wrestler I have met, but I didn’t. I was left feeling hollow and empty, I finally managed to get away from him, making excuses that I was needed elsewhere. Eventually he left. That was that. My introduction to the social atmosphere behind professional wrestling. I have never forgotten it, and I don’t think I ever will. It wasn’t a joke, it wasn’t some fun. It was wrong, it crossed boundaries. I was victimized, harassed and taken advantage of. Fuck you.

Since I’m seeing so many people defend him, fuck anonymity. The man in this story is Joey Ryan.”

Since I’m seeing so many people defend him, fuck anonymity. The man in this story is Joey Ryan. https://t.co/GtbgPlPzBi

“The first legit independent wrestling show I went to was GCW: just being honest. I was overwhelmed and didn’t know what to expect. I was mainly excited to see Effy and for that reason had my pride scarf on. It was already scary at that because I didn’t know how fans would perceive me. The fans were amazing. Two wrestlers weren’t. I went to the merch table and David Starr and Joey Ryan were next to each other with merch. I went to them looking at merch not knowing what to buy. I settles on a ‘We the Independent’ beanie and asked them for a picture. They came up to me and the first thing Joey did was look at my pride scarf and say, “Do you want to take a pictures of you holding my dick or would that turn you on.” It threw me off but I brushed it off as cis humor and laughed. Joey then said “or do you want to do it to me” and tried to grope me with his hand. I backed up in hesitation and bumped into David who was behind me and he said, “Joey maybe he’s a bottom” and he tried to slap my ass. I awkwardly stood aside as the fan took the picture.

I told the fan to delete it after as I didn’t want that image existing to come up in my mind ever again. That experience still exists in my mind and might not go away, ever. I was already questioning my sexuality as is and that just made me feel like being gay/pansexual wasn’t “okay”. I don’t even know if he remembers that happening. But thank you. Thank you Effy for also helping me with sexuality after that encounter and making me forget the experience for the time being and make me proud to don the rainbow.”