Candice LeRae On Her Heel Turn, Working With Johnny Gargano, Their On-Screen Dynamic & Much More 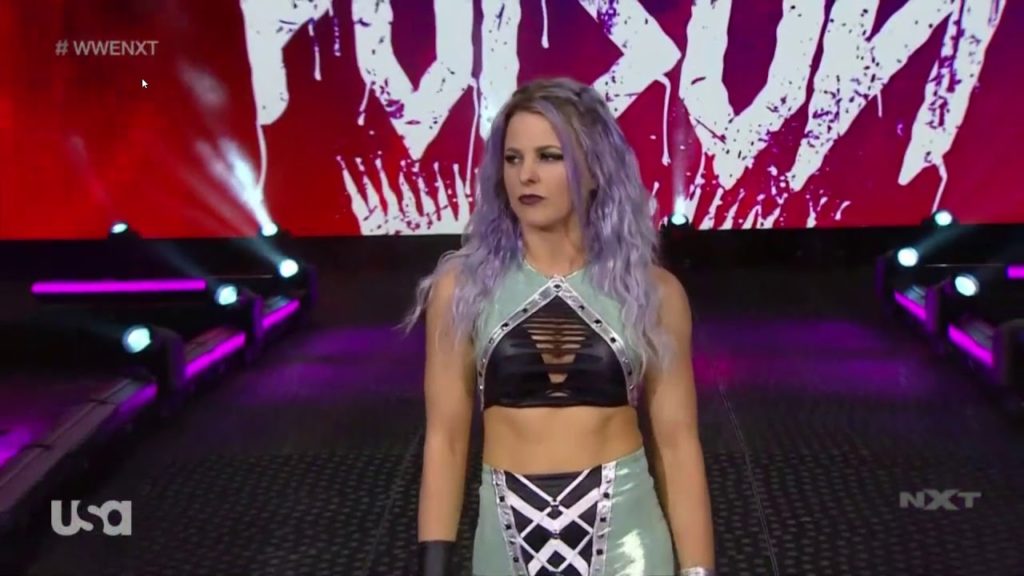 Newsweek recently held an interview with WWE NXT Superstar Candice LeRae where she discussed a few different topics like her recent heel turn, wrestling Mia Yim, working with her husband Johnny Gargano, their on-screen dynamic, and much more.

Candice LeRae on how her new role:

“It’s been great. I’m getting to show another side of me. It’s not a new thing, it’s always been there just hanging out. And now everyone gets to see. I love it, I love sharing it with the world.”

Candice LeRae on if her in-ring style will change:

“No. The style I’ve always had was because I’m not the biggest person. I’m never going to be the biggest person in the match with the exception of being in there with Kacy [Catanzaro]. I’m going to likely be thrown around, and I’m not going to be throwing anyone around. So the style I’ve always had, I find, works for me. It got me here, it made me successful and I don’t see it changing. I may add a few things and change a little bit, but there won’t be a massive change in my style.”

“It’s pretty amazing, I will say. Even before Johnny and I were dating, I always admired him as a wrestler and as a person. We obviously have our usual married couple banter here and there, a little bickering. But I feel like we bring out the best in each other. I mean that’s why we’re married, right? I love it.”

“There were a lot of real-life feelings. There were a few times that Johnny and I were noticing that fans were turning their backs on us. In Io [Shirai’s] cage match with Shayna [Baszler] where she lost, and I was out there to help Io. [The crowd] were like 50/50 and even after the match they were like, ‘Io is alright I guess’ and then when she turned her back on me and started beating me up some people were cheering. I was just laying there thinking, ‘How are you cheering for this? This is bad. You shouldn’t be supporting somebody doing something bad.’ I didn’t cost her the match, but they were booing me and cheering her and it was just so weird. And I just realized the shift in fans and how they were just, like, being little rebels. And Johnny was experiencing some of the same things and we both started to get frustrated. And a little bit of it was what was bottled up inside of us and we used that to fuel everything that we’re doing now.”

Candice LeRae on the turn being part of the culmination of Johnny Gargano’s feud with Tommaso Ciampa:

“I felt really lucky. Any time I can work with my husband I’m grateful. But everyone that was involved in that whole match, from the film crew to the backstage guys that no one gets to see, they worked so hard. So to be a part of that and to have a big impact on that match… I just feel very lucky.”

Candice LeRae on her and Johnny Gargano’s on-screen dynamic:

“I always tell people, Johnny is the talker and I’m the wrestler. He loves all the craziest parts of wrestling that I’m so uncomfortable with. I’m a little bit more insecure with talking and people listening and looking at me when I’m talking and he loves it. [Laughs] He’s just the center of attention and I’m not that way. I feel, as a Libra, I’m always looking for balance and he’s my perfect balance. I need someone who is comfortable in those things. If you tell me to go wrestle for an hour I’ll do it, but if you tell me to talk to a group of people for 60 seconds, I’ll be stressed out so much. And that’s ok, because I have him.”

“I just think that it’s important to see this different side of me. I’m getting the opportunity to show that there’s more to me than just sunshine, rainbows and bubbles. [Laughs] So even though I’m going to be in this match against Mia, I’m also battling something within to prove myself and prove to myself that this version of me is going to be amazing. I have to. I have to do this.”

Previous Austin Aries On What Went Wrong for Him in WWE, Being a Pain to the WWE Writers, Departing TNA, & More
Next Zicky Dice Signs New NWA Contract, Won TV Title Without A Deal