Breaking News
Home / indie/wwe / Austin Aries On What Went Wrong for Him in WWE, Being a Pain to the WWE Writers, Departing TNA, & More

Austin Aries On What Went Wrong for Him in WWE, Being a Pain to the WWE Writers, Departing TNA, & More 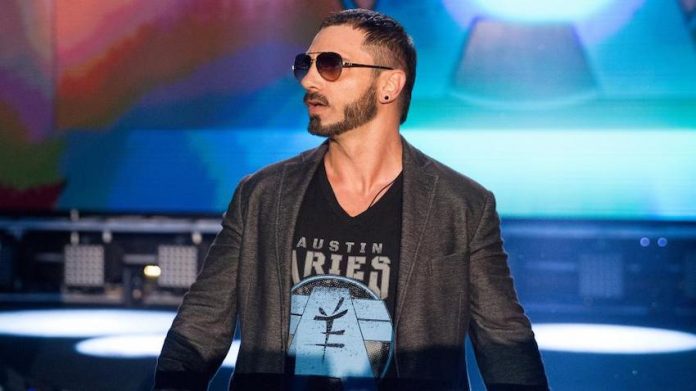 Austin Aries recently did an interview with VOC Nation’s In The Room podcast where he discussed several topics, including what went wrong for him in WWE, the end of kayfabe, departing TNA, and much more.

Austin Aries on his life journey:

“I’ve had the opportunity to live all over this country. I lived in the east coast for a while, Philadelphia actually. I grew up in Milwaukee, I spent time in Minnesota, I lived in Baltimore, I’ve lived in different places in Los Angeles, Florida, and now I live in Las Vegas. The interesting part of that is you see that every part of the country has their own unique energy and culture and things of that (nature)…the greatest thing I’ve always said wrestling did for me is it took a poor white kid from a suburb of Milwaukee and it gave me the opportunity to expand my world view and travel the globe on other people’s dimes to do something I really love to do, and it completely expanded my horizons and how I see everything.”

Austin Aries on what he’s learned:

“At the end of the day, no matter what, I’ve found on this globe that people want the same basic things. Unfortunately along the way we get educated and taught to maybe skew from those things: Family, love, and community. It kinda puts us in the situation that we see now in many places in the world.”

Austin Aries on the end of kayfabe:

“Most of us, our love for wrestling gets traced back to our childhood. The wrestling I grew up on was the NWA. I grew up watching the horsemen and Dusty (Rhodes), Tony Schiavone…that for me will always be rassin’. That for me will always be what captivated my attention…everything changes; when you get in the industry and you start working, you start to view it differently. At least for me, you (had to) change your perspective and no longer look at it and approach it like a fan, you (are supposed to) look at it like someone who is behind the curtain…For me, it was never about trying to fool people (into thinking that) what I did was real; but it was about not giving them the satisfaction of winking at them and telling them it was fake. The magic was in making them believe.”

Austin Aries on not being disenfranchised by the industry:

Austin Aries on the problems the world is facing:

“As this viral event started to unfold and (change) the landscape and you start to look at priorities, and now the escalation of where we’re at in some other areas as well – – the kind of discord that we have; it’s hard for me. Listen, I love to be an entertainer, and my job is to help people forget about problems, but there are some problems that we probably shouldn’t be helping people forget about. We should probably be working together to fix (them)…I really enjoy helping people solve and fix their problems… To have a platform and to have people’s ear, and to not use it to do something other than to just line your pockets, that doesn’t really work for me.”

Austin Aries on his departure from TNA:

“It was never intended for me – the way I walked out at Bound for Glory – that was not supposed to be the last that you saw me (there). That was never the intention. I certainly wouldn’t be trying to create a bunch of controversy for no payoff…Did it come off exactly as I envisioned in my head before hand? Probably not. Could I have done a couple of things that still would have maybe gotten the point across, without maybe taking on some of the criticism that I’ve seen? Potentially… Tweets I put out, they started that controversy for that whole angle – You’re always taking risks. If you don’t step on the line enough, people don’t care and they don’t notice and it didn’t happen. You step over the line too much, and especially in this culture they want to cut your head off.”

Austin Aries on what went wrong for him in WWE:

“I can give you six different answers depending on what talking point I want to use, but at the end of the day it wasn’t my decision there. It was nothing that I asked for, and it was nothing that I was given a heads up that was coming. That question is probably better to ask Vince or to the people that were in charge. I’ll be honest…I came in as a short old white dude. I’m 5’8, 5’9 in my boots; I was 38 years old. I came in basically on secret, double probation; that’s what I was told…I came in being told that, not that I wasn’t welcome, but that I had to be on my ‘best behavior’… Despite all of that and them really not having a plan for me, I get my eye hole broken and I offer to do commentary and I spin that into the main roster run into a Wrestlemania match. I did all of that in 18 months. I don’t know what else I was supposed to do or what people were expecting. I don’t think walking in there I felt like this was going to be a fit for the next 10 years of my career. I think we both went in there with some reservations, and I think we both proved each other right as far as what they thought of me and what I thought of the system….Ultimately it was their decision to move on and I can only go by what I’m told.”

Austin Aries on his fallout with the writers in WWE:

“I’m sure I can be a pain in the ass because I have my own opinions. Those aren’t always welcome in a high pressure situation where they’re just trying to dump out content. I’ve used the analogy: When you’re hired there they want you to be a line cook. I’m a gourmet chef. When I’m trying to add some of my own ideas on how the recipe can be improved, they say that they’re McDonald’s – – we sell a billion hamburgers.”

Previous Arn Anderson Signs a New Multi-Year Deal With AEW
Next Candice LeRae On Her Heel Turn, Working With Johnny Gargano, Their On-Screen Dynamic & Much More