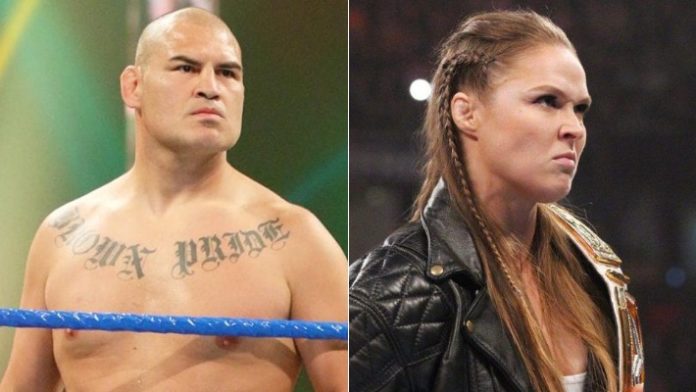 In a tweet Cain Velasquez recently revealed that both he and Ronda Rousey were in Stamford, CT at WWE’s Headquarters. As of now there is nothing confirmed as far as why they were there, but rumors are that they might be planning an appearance for WrestleMania. You can see the tweet below.

Had the pleasure of running into the pioneer that definitely also inspired my interest in the sport. Great to see you @rondarousey. @wwe pic.twitter.com/IipeX4ZK1Y