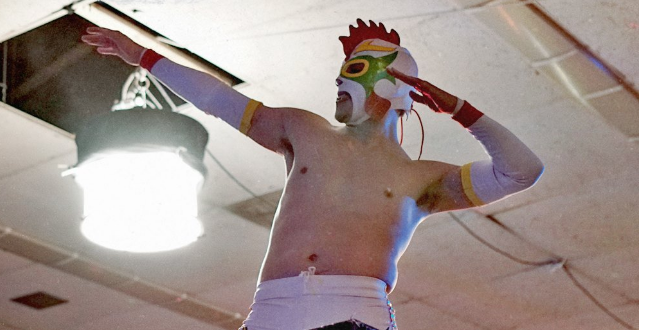 Popular YouTube star Eric G. Ochoa has been a big fan of Lucha Libre since he was a kid and is now ready to give it a shot. He recently went to Underground School of Professional Wrestling in Los Angeles, CA to meet up with trainer Sergio Torres, who wrestled all over the world as Superboy, to start his training. What’s interesting about this is that he took his camera with him and is making a YouTube series on it called “Becoming A Luchador.”

Eric G. Ochoa is best known for his web-series “Cholo Adventures,” and “You know you’re Mexican if…” He has over 185+ million total views on his YouTube account. He is so popular that Cricket Wireless is sponsoring his new web series “Becoming A Luchador.”