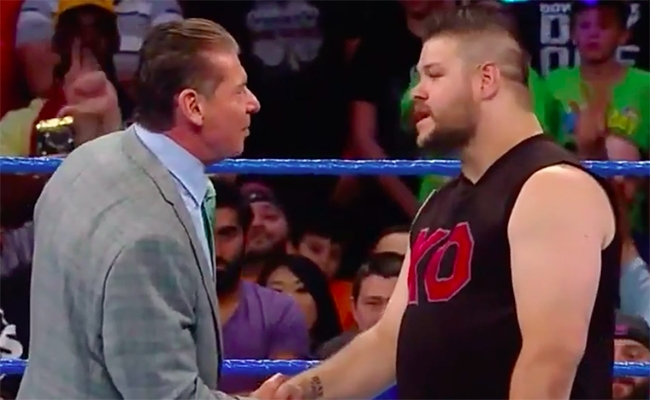 Earlier this month WWE implemented a new mask policy where it requires everyone to wear a face covering at every taping. Fines will be given to those who violate the policy.

On one of the latest episodes of the French podcast Les Anti Pods de la Lutte (via Post Wrestling), host Pat Laprade said that the new WWE policy started after Kevin Owens talked to Vince McMahon and shared his concerns during the July 3 taping. Owens said to McMahon that he wasn’t comfortable with everyone not wearing masks and so many people being so close to each other, then said he was going home.

McMahon asked Owens if he believed creating a policy that included fines would work. Owens responded saying that he once was fined for swearing on SmackDown and never did it again.

As we previously reported, Kevin Owens’ wife’s grandfather passed away due COVID-19.

Previous Jeff Hardy On Real-Life Issues Being Used In The Feud Sheamus, Who He Would Like To Face On SmackDown
Next Is UFC Fighter Paige VanZant Joining WWE?