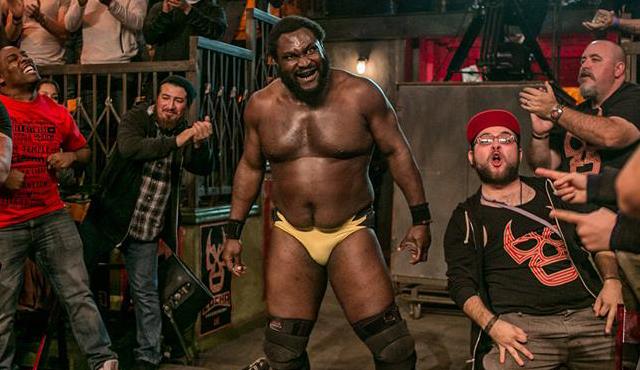 Willie Mack has been a fan favorite in the SoCal independent scene for a while now, wrestling for Pro Wrestling Guerrilla (PWG) and Championship Wrestling from Hollywood, but now that he has been part of Lucha Underground he is quickly becoming a fan favorite nationwide. Recently The Mack spoke with Ring Rust Radio about his thoughts on Lucha Underground, NXT, Stone Cold Stunner, Hardcore Wrestling and much more. You can read a few of the quotes below or you can listen to the whole interview at the bottom of the page.

The Mack on why he decided to sign with Lucha Underground:

“I heard about Lucha Underground before because I wanted to try out for [WWE]. I was getting ready to go through the tryouts for them, but then somebody else contacted me in Florida and I wanted to see what that was all about. That didn’t work out too well in Florida, then Lucha reached out to me and I thought, “What do I have to lose?” It was right in town for me and it was the best decision I ever made. It’s fun being down there.”

The Mack talks on the uniqueness of Lucha Underground:

“The thing about Lucha Underground that everybody loves is it caters to everybody. Some people aren’t wrestling fans, but they still tune into our show because they get captured by the storylines and everything else. Then they watch the wrestling along the way so it transitions them into a wrestling fan without actually being a wrestling fan. As far as the wrestling style, I actually trained in lucha libre, so I was already used to the style. I have already wrestled on TV before so I knew how to do that and it wasn’t anything new to me.”

On how his current Lucha Underground storyline with Sexy Star, Marty the Moth and Mariposa developed:

“It really just came up out of nowhere. She was trapped in a basement somewhere and I just happened to run into her in the hallway when she escaped. I showed her concern like anyone would in that situation. When there is a moth and a crazy person most people would run the other way and not help Sexy Star. My character is more like to help anybody because it’s the right thing to do.”

“Actually, if Stone Cold likes it, he doesn’t care. A lot of the fans don’t like it and say I stole Stone Cold’s move. I say why aren’t they getting down other people’s throats every time someone throws a dropkick and say they stole that from Mr. Perfect? I would be down to meet him one day and talk about it. As far as I know, he doesn’t have a problem with it. I grew up watching Stone Cold, and when you see someone get hit with the Stunner, you knew that was it. You hopped up off the edge of your seat. Now I am trying to bring that back, and it’s been doing its job so far.”

The Mack on his thoughts on hardcore style wrestling:

“You hear people talking about how wrestling was back in the day with all this crazy stuff. You had Dusty Rhodes all bloodied up and busted up from the cage or even during his regular matches. Terry Funk did more hardcore stuff back then compared to now. I think we’re taking it back to where it started and just adding some more fire to it, so I am all for it. Me being a California, dude, I grew up watching that XPW stuff so you know how that goes.”

One of the main reasons why Willie Mack has been such a fan favorite for so long is because of his unconventional look, but amazing in-ring ability. He never disappoints in the ring as he has a tremendous work ethic. His match against Cage in Ultima Lucha is definitely a match that a lot of people will remember. Hopefully we get to see more and more of The Mack as Lucha Underground grows.