Why Bret The Hitman Hart Is The Best Ever 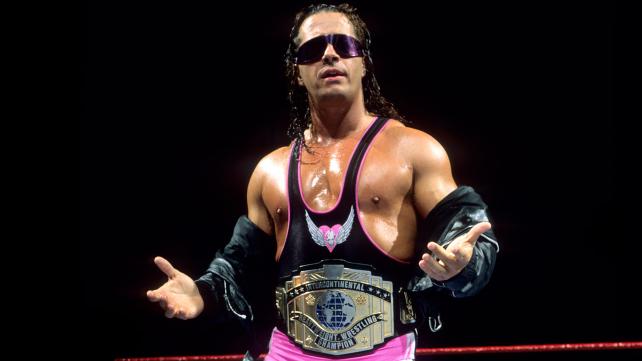 Webster’s Dictionary defines excellence as archaic or superior. Pro Wrestling defines excellence as Bret “The Hitman” Hart. Bret Hart is the standard of what a promotion would want as its World Champion. He’s a former WWF Champion, Intercontinental Champion, Tag Team Champion, Royal Rumble Winner, and he won the first King of the Ring pay-per-view tournament along with another one two years earlier, making him the only 2 time King of the Ring. He’s a member of the prestigious Hart wrestling family, and a graduate of his father Stu Hart‘s infamous Hart Dungeon. Bret is wrestling royalty and a true living legend, his career matches up against any other legend in wrestling despite having been cut short due to a severe concussion. He wasn’t Hulk Hogan, Vince McMahon didn’t build WWF on his back, but he’s the man Vince chose to succeed Hogan and lead WWF into a new era, a feat that could’ve been too much pressure for a lesser man. Bret ushered in The New Generation in WWF, one that focused more on pushing smaller, quicker, and overall better wrestlers than in years past. He dominated McMahon’s company in the early and mid 90’s, having countless classic matches and feuds. Without Hart’s impact, the wrestling business might have never evolved. He paved the way for guys like Eddie Guerrero, Chris Benoit, Rey Mysterio, Daniel Bryan, and CM Punk to be World Champions. He changed the image of what a pro wrestler looked like, and despite being looked at as inferior by his predecessor Hulk Hogan because of his smaller stature, Bret Hart was every bit his equal as a top guy in WWF. Hart’s accomplishments and contributions to pro wrestling put him in an exclusive class of performer, and an argument for him being the best ever is hard to dispute.