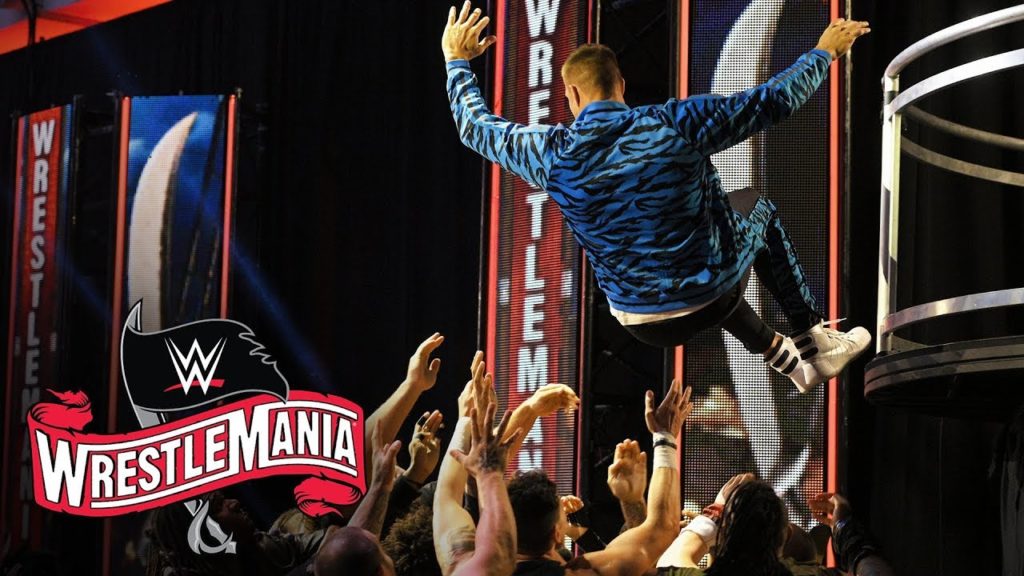 During an interview with with TV Insider, Becky Lynch recently said that she saw Vince McMahon, who is 74 years old, fall off a tower to show someone else that it was safe, but she never mentioned who he was trying to show.

“I watched him the other day demonstrate falling off a tower at 74-years-old without a bother, brushing his shoulders off and standing up again.”

Now we know who he was showing. According to Fightful, Rob Gronkowski was ‘terrified’ about doing the dive that he performed at WrestleMania 36 (which led to him capturing the 24/7 Championship), so McMahon did it himself to show Gronk that it was safe. Even after McMahon performing the dive, it still took some time to convince Gronkowski. According to a source the low camera angle during Gronk’s dive was done for a reason, it was to make the dive look better, since Gronk basically fell off the balcony “like a toddler jumping into the pool for the first time.”

Another person that witnessed McMahon’s dive, said that everyone was surprised to see him do it, and that when he got up, he said “not so bad, is it?”