Victor Cruz On Getting Tackled By Enzo Amore, Video is ‘Hysterical’ 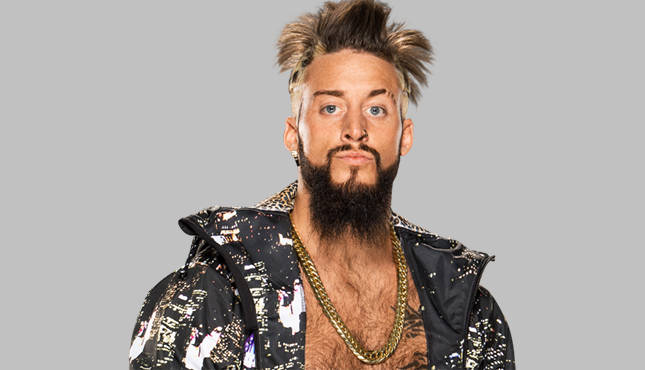 Cruz was doing the interview to promote the new season of Titan Games, which is hosted by The Rock. Cruz was asked about a video that shows Enzo watching a video of him back in high school where he tackles Cruz shortly after he made a reception.

“I am fully aware of him, yes, absolutely. The one time I got tackled in my life had to be from this guy in high school, and he won’t (let me) live it down.”

“He’s hilarious. Ever since [I saw] that footage a few years ago, I’ve followed his career. And he’s pretty good. He loves wearing sneakers and kicks and stuff and he’s worn my sneakers a bunch of times while he wrestled, so it’s been pretty cool — but that video’s hysterical … When I saw the clip on YouTube, I was like, when was this? What game was this? I had no recollection. Obviously, in high school, you remember the good stuff. You remember all the touchdowns, all the times that you shook somebody out of their shoes, something like that. You don’t remember getting tackled by this guy for a 2-yard-gain.”