Undertaker On Memories of Yokozuna, Begged Vince McMahon to Work With Him First 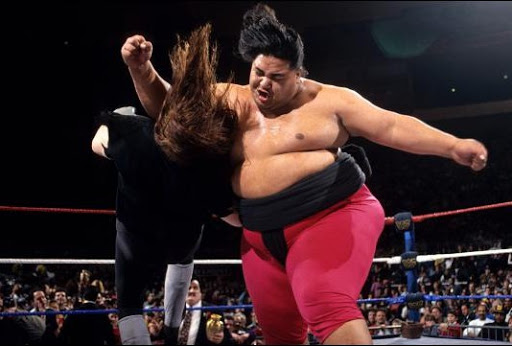 Undertaker recently did an interview with After the Bell where he discussed his friendship with former WWF/WWE Superstar Yokozuna. Taker shared a story of how he actually begged Vince McMahon to allow him to be the first one to work with Yoko when he was first brought in to the company.

Yokozuna and Undertaker had a great feud, and were both top guys in the company at the time. Taker was very emotional talking about Yokozuna, who passed away at the young age of 34 back in 2000.

Undertaker on memories of Yokozuna:

“Man, he was so awesome. I’ll tell you a quick story. You know, Yoko — business was down, and we were kinda on top. And we were trying to hold everything together. Probably one of my most favorite times in the business, because we were working against each other. And our crew was so tight knit off, out of the arena together. We had really good times. That’s about as far as I can elaborate on that. We had really good times that I remember, and sometimes I just, a memory will pop into my my head in that time period, just makes me smile.”

Undertaker on wanting to work with Yokozuna first:

“Yoko, I’ll never forget when he first came in. Now I’d seen him in Japan, working in Japan, and I’d heard he was coming in. And he was doing a dark match in, I think it was Baltimore. You know, that stage in the Baltimore Arena, you’re standing on that stage. And so I wanted to go out and watch his dark match, his tryout — not a tryout match but before the show started. And he was working with this guy. And Vince just happened to be standing there, so I came up. So Vince and I are kind of peeking through the curtain watching him work. And man, at 450 lbs, the guy moved like a cat. It just — the way he could move, the way he could work would defy — looking at him, you would say, ‘There’s no way a human being that size could move and work the way he could.’ I mean he’s throwing these spot kicks and just, I mean, just smooth as silk.

“So I’m standing there and looking through the curtain. I pull my head out and I said, ‘Vince please, I’m begging you.’ Because I had had a few stinkers in a row and I was looking, I said, ‘Please. Please let me work with him first.’ You know, I got the traditional Vince. ‘Oh, you’ll work with him, but I’ve got something else in mind for you right now.’ And I kid you not, just so happens coming down the hall from the far end of the of the stage comes Giant Gonzalez. He goes, ‘That’s what I got in store for you.’ It’s like, ‘Oh, oh god!’ That’s another one of the reasons I left WCW, they wanted me to work with him. And then he follows me here. I was like, ‘Please!’ So anyway, as it worked out Lex got Yoko first, and I got Giant Gonzalez and the rest is history.”