Triple H on Decision to Continue With WrestleMania, Competing Without A Crowd, Favorite WrestleMania Moments 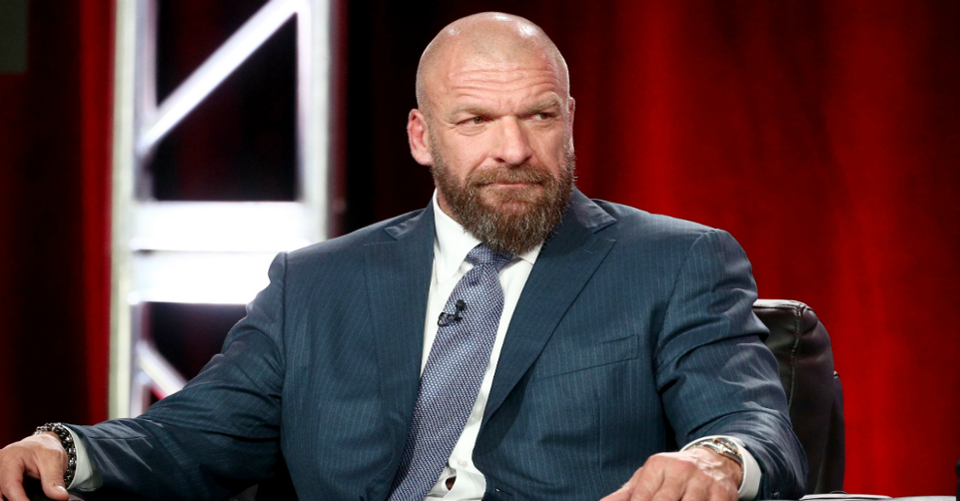 ESPN had a special interview with Triple H to talk about the decision WWE has made to still hold WrestleMania amid the COVID-19 pandemic. He also discussed other things like if he will appear at this years WrestleMania, his favorite WrestleMania moment, wrestling with no crowd, plus much more. We have included some highlights and the full interview below.

Triple H on if he’ll be making an appearance on this WrestleMania:

“Right now I am full-time office. It’s funny, ironically I wasn’t originally scheduled to be in this year’s WrestleMania anyways. Every year as time goes by this gets more and more hectic for me, and getting in the ring just becomes an added burden.”

“God you know, it’s so hard. WrestleMania, it’s the one thing, I mean, this year will be WrestleMania 36 but every year there this epic moments. The [moments] themselves just kind of transcend the actual event and become these just epic moments that last through generations. And there’s these moments in time, pictures like Hulk Hogan slamming Andre the Giant at WrestleMania III or Shawn Michaels descending from the rafters on a skyline. Years later, I would have an end of an era match with the Undertaker, with Shawn Michaels as the special guest referee. And it was listed as “The End of an Era” because we were the last of our generation of talent and the last sort of epic clash of them that you would see. And there’s a moment at the end of that match with the three of us, the Undertaker, myself, and Shawn Michaels are standing at the top of the ramp. And I’ll never forget it, it’s burned into my brain of the, just that moment in time of the three of us, the respect level that we all had for each other are all standing out over that sea of people. It’ll last with me forever.”

Triple H on WWE deciding to hold WrestleMania amid the COVID-19 pandemic:

“Well you know, in this time I think we believe, WWE, I think our talent, our staff, our crew that probably now more than ever, entertainment for people is a necessity. Our fans are there for us year-round. They’ve been doing it for years, and we have a message in the WWE that is, we say what our jobs are every day is to put smiles on people’s faces all over the globe. And we truly believe that. And in this time, maybe more than any other in my memory, people need those smiles right now more than anything. So you know, we choose to carry on and to try to be able to deliver those smiles.”

Triple H on competing without the energy of the audience:

“It’s tough. I can tell you that that is very tough. The WWE Universe, our fanbase is sort of the secret sauce of what we do. We’re actually one of the very first interactive television shows, if you look at it that way, or products out there. We encourage fans to bring signs, they make their own chants. There’s a sense of community in the WWE with our fanbase, and that community, their energy, that’s what drives our performers to put on the show that they do. And I can tell you that what we do is very physical. And that physicality hurts a lot more more when there’s no one there egging you on, and there’s no adrenaline from the the fans’ standpoint.”

“I’m telling you right now, it’ll be something special. Gronk’s the host, you know that’ll be special, so it’s gonna get crazy, it’s gonna be fun and it’ll put a smile on your face.”