Breaking News
Home / WWE / Triple H On His First Meeting With Vince McMahon, Vince Didn’t Know Who He Was, Being Impressed With McMahon

Triple H On His First Meeting With Vince McMahon, Vince Didn’t Know Who He Was, Being Impressed With McMahon 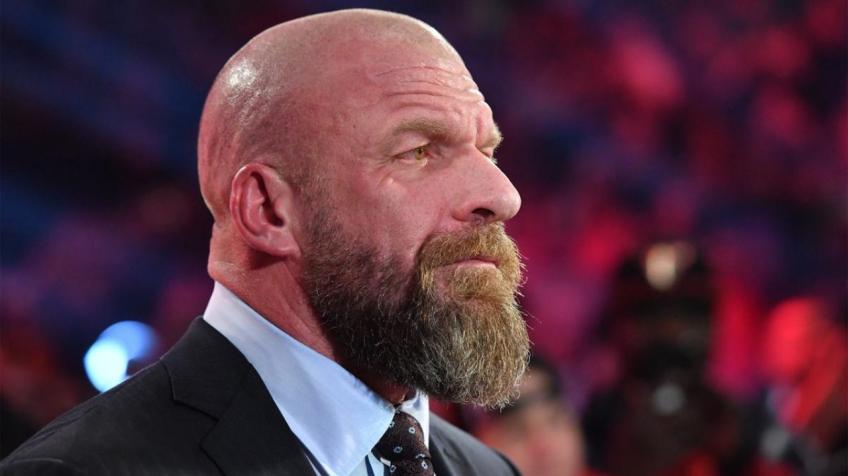 Triple H recently had an interview with The Bump, where he talked about meeting Vince McMahon for the first time, remembering how McMahon did not know who we was at the time, being impressed with with Vince McMahon’s larger than life presence at the meeting, and much more.

Triple H on realizing that Vince McMahon did not know who he was:

“The very first time I met Vince was when I was still at WCW, my contract was coming to an end, and I was trying to gauge interest, I guess you could say, so they took a meeting with me. JJ Dillon, at the time, was running talent relations and was kind of in charge of that, and I spoke to JJ. He brought me in for a meeting with Vince. I remember coming in and meeting with Vince and thinking, one, obviously it’s Vince McMahon, so he has a larger than life presence, and of course it is the ultimate, probably, meeting that you could take in the business, especially at that time, maybe even more so today I guess. But going in to the meeting, obviously very nervous and expecting a great outcome and then getting in there and realizing, this guy has no idea who I am. I’m sure he was asked, knowing the situation now, he was asked to take a meeting with a talent, and here’s a kid that’s new, up and coming, they believe, and his contract is coming up, we’ll take a meeting with him and see if he’s somebody you want to bring in, and I don’t believe he was aware, necessarily, of me as a performer or of my work, nor should he have been, I guess, probably at that time.”

Triple H impressed with Vince McMahon’s larger than life presence at the meeting:

“So we had a very cordial meeting. He just asked me what my plans were and what I was thinking about doing and why I wanted to go there as oppose to staying where I was and all that kind of stuff, but I guess the biggest takeaway for me was just the larger than life impression of Vince McMahon that you get. He has a presence and when you’re in a room with him, that presence carries over and I’ve seen it in meetings with the biggest, so to speak, heavy hitters in industry and in business, and he’s in the room and he carries the room. So it was quite a meeting, it would be a little bit later that, maybe like a month later, that he would then call me, I think now he was aware of what I was doing, had seen me work, it was after I had performed at Starrcade against Alex Wright, kind of at the very end of my contract, and he called me right after that to say, ‘Look, if you’re still interested in coming here, I saw what you did at Starrcade and I’d like you to come here.’”

Triple H on if Vince McMahon watched all of Starrcade:

“I’m sure he did not watch all of Starrcade, I’m sure someone showed him a clip, ‘Here’s that kid you met with the other day and what do you think?’”