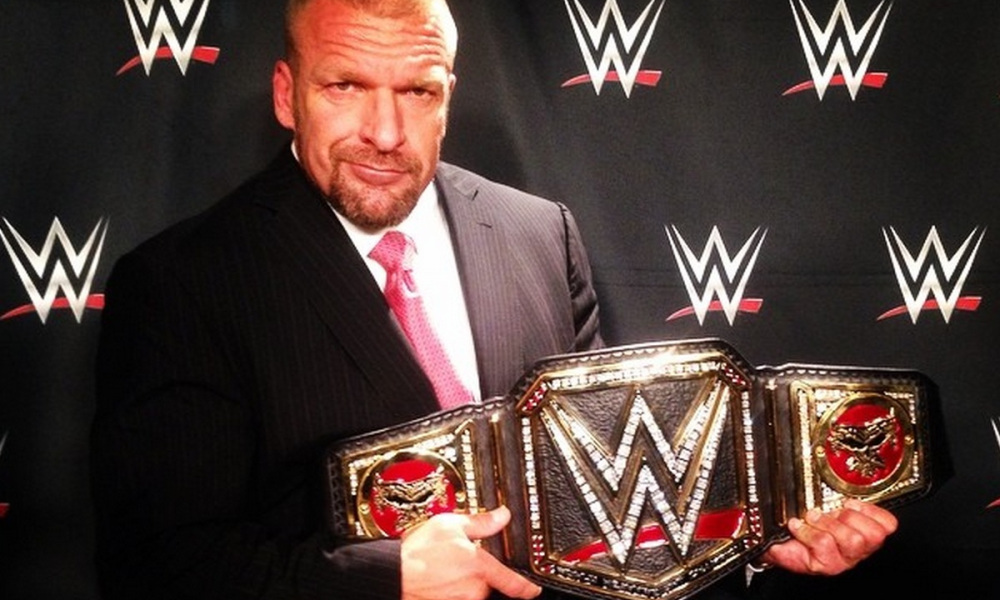 Sports fans can be very passionate about their favorite teams, and despite not having an actual team to root for, pro wrestling fans aren’t much different. We love the product, but we also love to criticize it relentlessly. Our “love hate” relationship with the business aside, any true wrestling fan would be lying if they said we weren’t in a “golden age” of wrestling. AJ Styles, Samoa Joe, and Bobby Roode have all finally broken away from TNA, and are big time players in WWE. International stars like Shinsuke Nakamura, Hideo Itami, and Finn Balor have all made their way to the states. While guys like Kevin Owens, Sami Zayn, and Neville are finally getting the chance to prove themselves in the big leagues, after years of paying dues on the Indie circuit. That would have been unthinkable just 5 years ago. The man behind wrestling’s resurgence? None other than Triple H, Hunter Hearst Helmsley. Ironically, for a man who had a notorious reputation of burying other wrestlers in his hay day, “Trips” has become the driving force behind the new generation of WWE superstars. The Shield, The Wyatt Family, Enzo and Big Cass, Finn Balor, the Women’s and cruiserweight divisions, and so many more, have thrived under his leadership. He’s given WWE a legitimate third brand in NXT, proving they can have a product focus more on wrestling than entertainment, and still be hugely successful. He’s taken the difficult task of transitioning from performer to executive, and made it look easy. Vince McMahon might have been the creative genius that launched WWE into the mainstream, but it’s Triple H who has taken the ball and ran with it during the “New Era.” Shane McMahon‘s return to the company could be an obstacle to him one day calling the shots inside Titan Towers, but for now, it looks like Triple H is poised to replace Vince McMahon as the head of WWE one day.