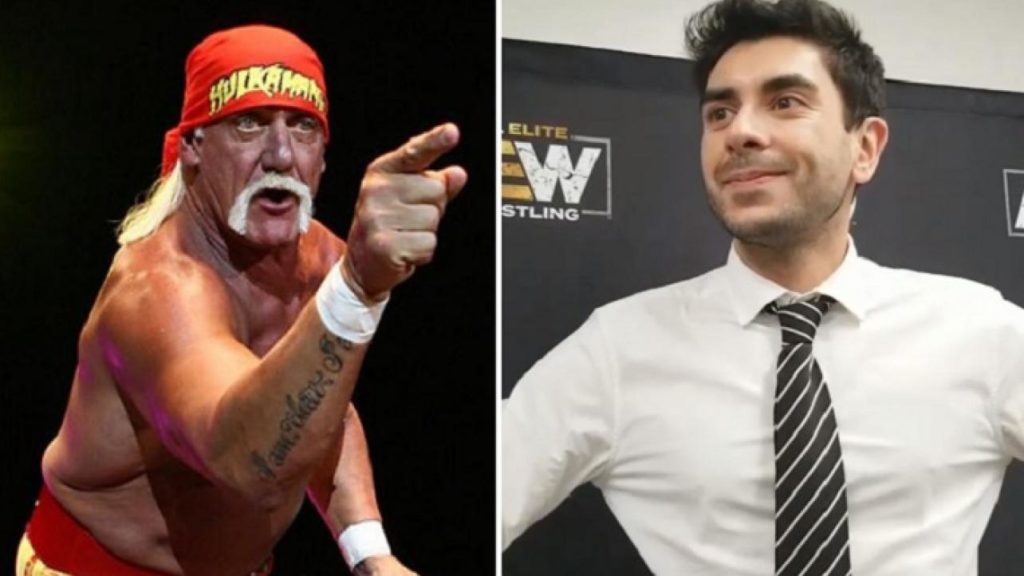 President and CEO of All Elite Wrestling has revealed that both Hulk Hogan and Linda Hogan have been banned from all AEW shows.

Earlier today Khan responded to a Tweet from Linda Hogan where she said,

“watching the looting , it’s all afro Americans, not sure how robbing and stealing set the record straight but if they want to be heard they need to be civilized.”

Tony Khan replied to Linda with:

“You’ve now joined your husband in being banned from all AEW shows. Congratulations.”

Khan did not mention why Hulk was banned, but it is assumed that it has something to do with his past racist comments.

Hulk and Linda are not currently married as they divorced back in 2009. 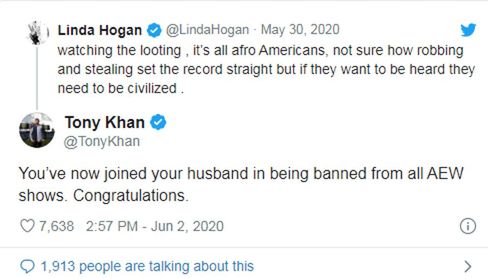 You’ve now joined your husband in being banned from all AEW shows. Congratulations.