Tony Khan On Becoming Friends With Mike Tyson, Excited For Tyson’s Double or Nothing Appearance 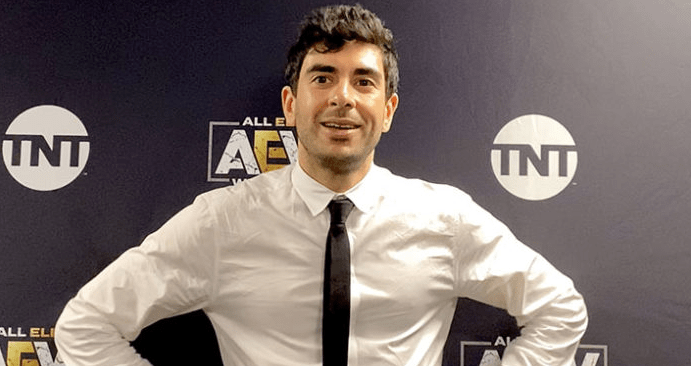 Mike Tyson is scheduled to make his first appearance for AEW on May 23rd at the Double or Nothing PPV and Tony Khan can’t wait. Tyson will present the title to the winner of the TNT Championship Tournament.

Khan shared a few of his pictures of Tyson, one at the Jacksonville Jaguars game and the other one of Tyson backstage at the first Double or Nothing event.

#fbf Double or Nothing, our 1st #AEW show, Mike Tyson came as a fan, he loves wrestling, we met & became friends. Now he’s back 1 year later to present the #TNTChampionship belt for the 1st time to the 1st champion! Congratulations & good luck finalists @LanceHoyt & @CodyRhodes! pic.twitter.com/GOuq5dJZm3

#fbf Iron @MikeTyson in #DUUUVAL watching the @Jaguars win on Thursday Night Football! I’m excited that Mike is coming back to Jacksonville next Saturday for #AEW Double or Nothing! And I think we might see Mike at some more Jags games in the future too, he has the winning touch! pic.twitter.com/UgJJwRjhRd