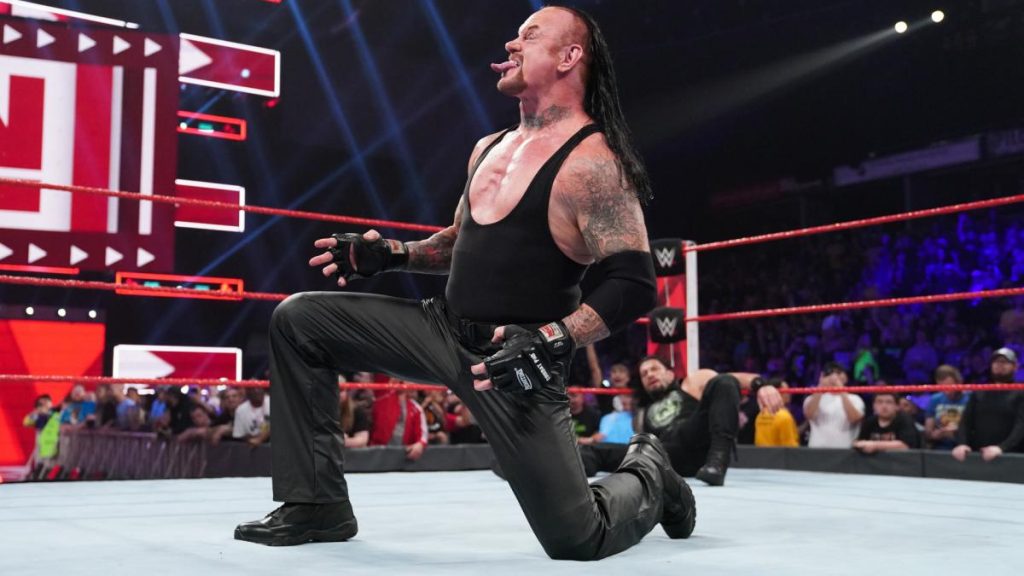 The Undertaker recently did an interview with Sports Illustrated where he discussed several different topics, including WCW management, Paul Heyman, and his newest WWE contract.

Undertaker on WCW management telling him nobody will ever pay to watch him wrestle:

“People laugh when they hear this now. I went into my meeting with WCW focused on renegotiating my contract. Jim Herd, who was running WCW at the time, was there, as was Ole Anderson, the booker, and Jim Barnett. I’d only been there for just under a year, and I was only looking for a little bump in my contract. I got looked straight in the eyes and heard, ‘Mark, you’re a great athlete, but no one is ever going to pay money to see you wrestle.’”

Undertaker on being one of the original Paul Heyman guys:

“Paul played a pivotal part in keeping the lines of communication open with WWE. Paul was talking to Bruce Prichard, and Bruce was talking to Vince. Paul pushed Bruce, and I finally got that meeting with Vince. So hindsight being 20/20, I am one of the original ‘Paul Heyman Guys.’”

Undertaker on his 15 year contract with WWE:

“That extended contract is obviously not a contract that keeps me in the ring for 15 years. It keeps the brand at home, and there are a lot of ways that Vince thinks I can contribute to the company after my days in the ring are done.”