The Undertaker On Boneyard Match At WrestleMania 36, Cinematic Matches In WWE, His Unholy Trinity Comment, More 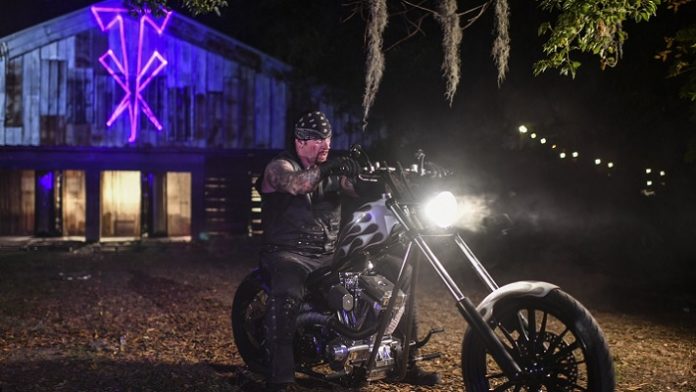 The Undertaker recently sat down for an interview with Nine Line Apparel on Instagram Live, where he discussed several topics, including his Boneyard match at WrestleMania 36 against AJ Styles, the reason behind the name, his thoughts on cinematic matches in the WWE, his explanation on what exactly is the unholy trinity he mentioned, plus much more.

Check out the highlights and the full video interview below:

Undertaker on being proud of the Boneyard match with AJ Styles:

“We were very fortunate to be able to go offsite and do what we did and the final product, like I said, I couldn’t be more proud of it. Under the circumstances, all the different things going on, everybody to pull together and put something like that out there. It was different and intriguing, I can’t speak for AJ but I’m very proud of what we did.”

Undertaker on why the match was called a Boneyard match and not a Buried Alive match:

“If I would have made the match, I would have said OK, this is a Buried Alive match. AJ Styles doesn’t know anything about Buried Alive matches, he called it a Boneyard match, he’s the one that made the match, so now it’s a Boneyard match. Even Buried Alive matches generally happened in the arena, so I think we were just trying to give our audience, like, what is that? What’s that gonna be? We tried to add a little bit of intrigue and get people talking, like, oh, ok, what are they gonna do? Is it gonna be in an empty arena? Is it gonna be this, is it gonna be that? Just trying to generate interest in what we were gonna do.”

“I think because that one was so successful, I think it lends to that, but you gotta have the right, that’s not a pat on the back, but you gotta have the right players to do that. Guys that really understand their characters and they really still rely on that part of the business, not just the athletic side of the business, which is, I think, more guys kind of lean that way now, where for me, that put me right back in my wheelhouse. And AJ, AJ can work with a broom handle and put a four star match on.”

Undertaker on the new version of the Undertaker in the Boneyard match:

“Yeah, I kind of been feeling it for awhile, but also, I know I don’t have a lot of matches left, so you always run the risk, well, you do this big change again, and then you’re not really out there. When AJ threw that first stone and made this personal, then it made it a no brainer, like I couldn’t stay that mainstream Undertaker and be able to respond and deal with the things he was saying and that character. So a lot of people have been curious, like what is the unholy trinity, well the unholy trinity that I referenced was the Deadman, the Bad Ass, and then the man himself, which, obviously, Mark Calaway, and I put them all together, and that was kind of, my brain was working that way, it was the unification of all these three entities in one person. That’s where that came from.”