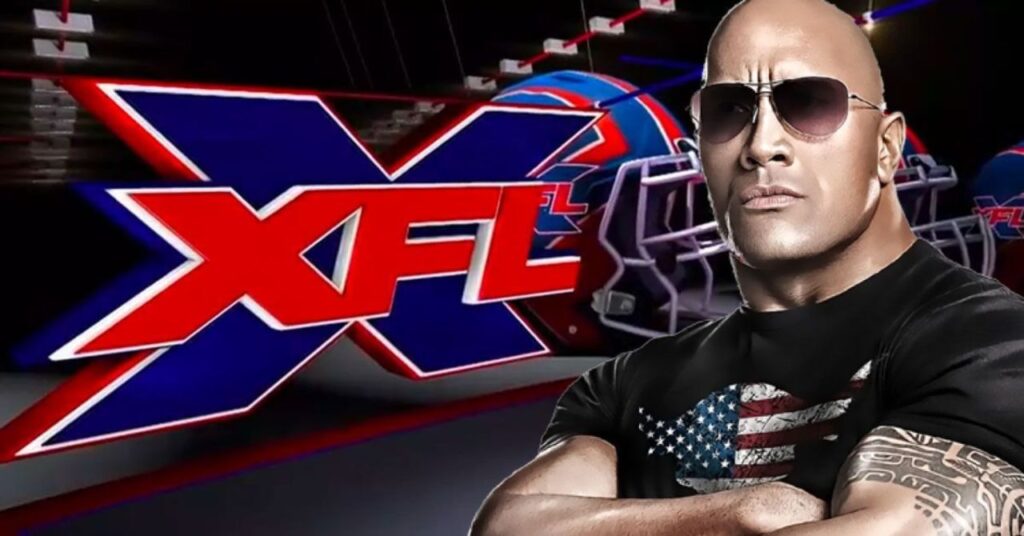 Looks like the XFL will remain in WWE’s extended family after Vince McMahon’s football league declared bankruptcy and shut down all operations.

Sportico is reporting that WWE legend Dwayne ‘The Rock’ Johnson and his partners at Redbird Capital paid $15 million to purchase the XFL. The official name of the company that made the purchase is Alpha Acquico, LLC, which is a joint venture of Johnson’s business partner Dany Garcia, The Garcia Companies and Redbird Capital.

According to The United States Bankruptcy Court for the District of Delaware, Alpha Acquico was the only ‘qualified bidder’ who was interested in the XFL, therefore the auction that was planned was cancelled hours before it was scheduled to take place. The company also agreed to provide $8.5 million to clear ‘previous financial defaults’ from the previous owner (Vince McMahon). The sale officially happened on Friday during a court hearing. and is expected to close by the end of the month.

You can see the official press release below.

LOS ANGELES and NEW YORK , Aug. 03, 2020 (GLOBE NEWSWIRE) — Dany Garcia, Dwayne Johnson and RedBird Capital Partners have been selected as the winning bidder for substantially all of the assets of Alpha Entertainment LLC, the parent company of the XFL. The XFL assets will be sold to Garcia, Johnson and RedBird for approximately $15 million, in accordance with the terms and conditions of the asset purchase agreement. The transaction is subject to bankruptcy court approval at a hearing this Friday, August 7 and, assuming that closing conditions are satisfied, is expected to close on or shortly after August 21. The sale auction previously scheduled for today will not occur.

Through this acquisition, the group secures the ability to option live entertainment intellectual property for further expansion across sports, live events and original entertainment programming.

“For Dwayne, Gerry and myself, this property represents an incredible opportunity. It is the confluence of great passion, tradition and possibility” said Dany Garcia. “Sports and entertainment are the foundations of the businesses I have built. Melding our expertise combined with our commitment to deliver exciting and inspiring unique content, has us all focused on developing the XFL brand into a multi-media experience that our athletes, partners and fans will proudly embrace and love.”

“The acquisition of the XFL with my talented partners, Dany Garcia and Gerry Cardinale, is an investment for me that’s rooted deeply in two things – my passion for the game and my desire to always take care of the fans,” said Dwayne Johnson. “With pride and gratitude for all that I’ve built with my own two hands, I plan to apply these callouses to the XFL, and look forward to creating something special for the players, fans, and everyone involved for the love of football.”

“It is a privilege to partner with Dany and Dwayne on the acquisition of the XFL,” said Gerry Cardinale, Founder and Managing Partner of RedBird Capital Partners. “Their track record in building dynamic businesses speaks for itself, and their vision and passion for developing the XFL as a world class sports and entertainment property will enable a new future for this organization. As their partner in acquiring and relaunching the XFL, RedBird will bring its own track record and experience in building world class companies in sports and live entertainment to help realize their vision.”

“We are grateful for today’s outcome,” said Jeffrey Pollack, XFL President and COO. “This is a Hollywood ending to our sale process and it is an exciting new chapter for the league. Dwayne, Dany and Gerry are a dream team ownership group and the XFL is in the best possible hands going forward.”

Garcia and Johnson are co-founders of Seven Bucks Companies, a multi-platform enterprise pioneering original content for television, film, emerging technologies and digital networks, and have been behind some of the most successful platforms in global entertainment. Through their joint enterprise, Garcia and Johnson’s work spans all entertainment and creative verticals involving investments, brand integrations, philanthropic endeavors, marketing, and film and television projects that are rooted in authenticity, passion and strong storytelling with a mission of promoting equality and inclusion.

Over the last twenty years, Cardinale has been responsible for the creation of several multi-billion dollar sports and entertainment companies in partnership with some of the most iconic rights holders in the world, including the YES Network with the New York Yankees; Legends Hospitality with the Yankees and Dallas Cowboys; On Location Experiences with the National Football League (NFL); and OneTeam Partners with the Players’ Associations of the NFL, Major League Baseball, Major League Soccer, United States Women’s National Soccer Team and Women’s National Basketball Association.