The Awesome Rise of The Miz 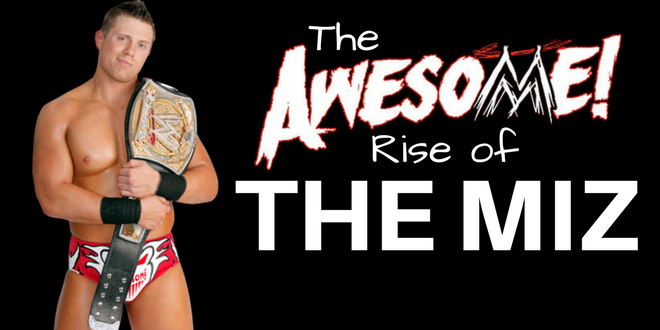 Persistence. It’s a crucial trait for an athlete to have in order to reach the top of their chosen sport. Everyone knows the famous story of Michael Jordan being cut from his high school basketball team, yet still becoming the greatest basketball player of all time. In the NFL, John Elway lost his first three opportunities at a ring, including the most lopsided defeat in SuperBowl history against the San Francisco 49ers in SuperBowl XXIV, before finally winning the big one in 1998 and 1999. Pro wrestling is no stranger to that type of fortitude. One of the more recent and most impressive cases of this is none other than that of The Miz. The “Hollywood A Lister” isn’t even near the end of his career, barring some unfortunate injury, and he’s already got a pretty hefty resume. The Miz is a former 6 time Intercontinental Champion, Tag Team Champion, United States Champion, Money in the Bank contract winner, and former WWE Champion. Even more impressive, he actually went into a WrestleMania main event against the all mighty John Cena, and came out victorious. It’s a far cry from where his journey started though. The Miz is probably the most surprising success story in WWE history, and for completely different reasons than that of the company’s other unlikely stars.