Breaking News
Home / AEW/WWE / Taz On Realizing He Was Screwed As A Wrestler in WWE, Why He Was Labeled as Dangerous, McMahons Elitists Attitude, More

Taz On Realizing He Was Screwed As A Wrestler in WWE, Why He Was Labeled as Dangerous, McMahons Elitists Attitude, More 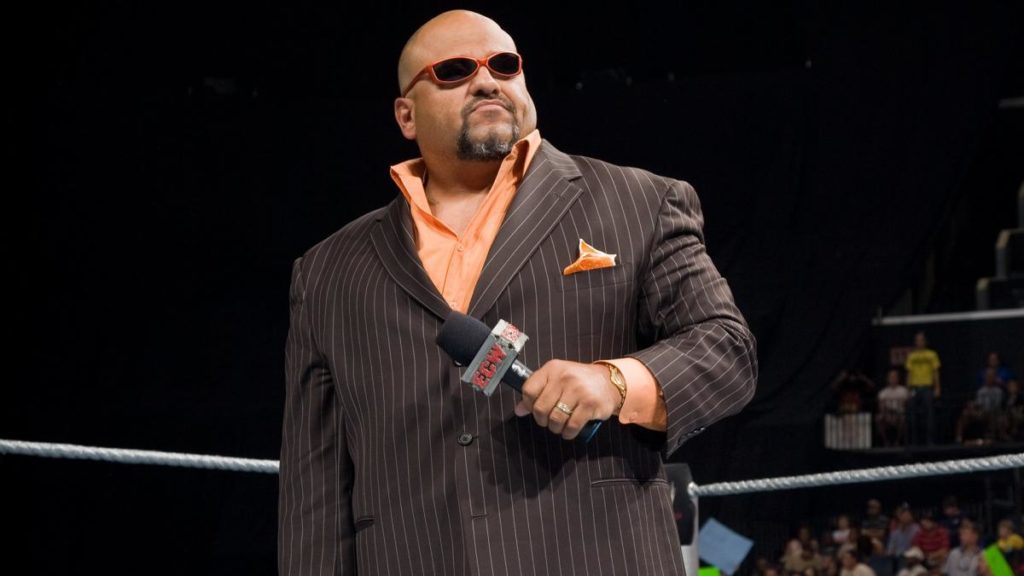 The Human Suplex Machine talked about several topics, including the moment he realized he was screwed as a wrestler in WWE, why he was labeled unsafe and dangerous, how we got tired of having Vince McMahon micromanaging him as an announcer when he worked for WWE, and much more.

Taz on the moment he realized he was screwed as a wrestler in WWE:

“When I wrestled Kurt at the Garden, when I heard that pop, I knew I was fucked, I knew I was doomed. I knew it, I knew it. Because it as massive, and again, it was before the craze of the internet and all that shit, people didn’t know I was going to be there, it was a legit surprise and a legit pop in the world’s most famous arena. And the reason I knew I was doomed was because that pop didn’t come from WWE. I was a made guy before I got to WWE. And WWE at that time, they would never admit it then and they won’t admit it now, they didn’t want made guys, they wanted to make guys, so that’s what happened. So as I’m walking out with the towel on my head, looking bad as a motherfucker, I’m saying to myself, oh my God, shut up, don’t cheer, don’t pop, just boo me, do something, just don’t say nothing, even though it was an awesome feeling.”

Taz on the spot with Kurt Angle that labeled him as dangerous:

“So then the match happens, and we had a German suplex deal we did in there, where I was going to release German suplex Kurt. Kurt, I’ve wrestled Kurt a lot, I love Kurt, at that time, Kurt was green and he was very overzealous, he always wanted to make his opponent look great, very unselfish guy, that’s the type of person he is, he’s a good man. And I go to hit him with this German suplex and he goes to jump, just to help me with the throw, and that’s not how I suplex, you don’t jump, I do it. I’ll protect you, I’ll take care of you, you just gotta trust me. So I put him back down and did the throw and he cleared his head, it was close, but he cleared his head, I’ve done that throw like a million times, it wasn’t Kurt’s fault, just our timing was off. So I did the right thing by putting him back down to protect him. I don’t care if we’re at the Garden or at some high school gym, I’m going to protect him. That’s my job. And that spot, I guess helped some of the piranhas backstage bury me, that’s what I’ve heard from a few very credible sources, very credible, that they were running to Vince and Vince saw it and was freaking out, ‘Oh my God, he is dangerous, he’s gonna hurt somebody!’”

Taz on getting tired of Vince McMahon micromanage his color commentary:

“I didn’t want to be there, I didn’t want to hear Vince in my ear, fuck, I know it’s a leapfrog, dude, I know it’s a dropkick, you don’t have to tell me, it’s a bulldog, no shit, how many bulldogs have you taken? How many have I taken? Shut up! That kind of shit, the micromanaging got to a point, he was in not just my ear, but the play by play guys were getting a lot worse than color commentary and still do.”

Taz on finding the McMahons to be elitists:

Previous Kurt Angle Discusses Boneyard & Firefly Funhouse Matches, Which Wrestler Reminds Him of Himself, Plus More
Next Lana on How Paul Heyman Changed Raw After Taking Over, Storyline With Bobby Lashley & More