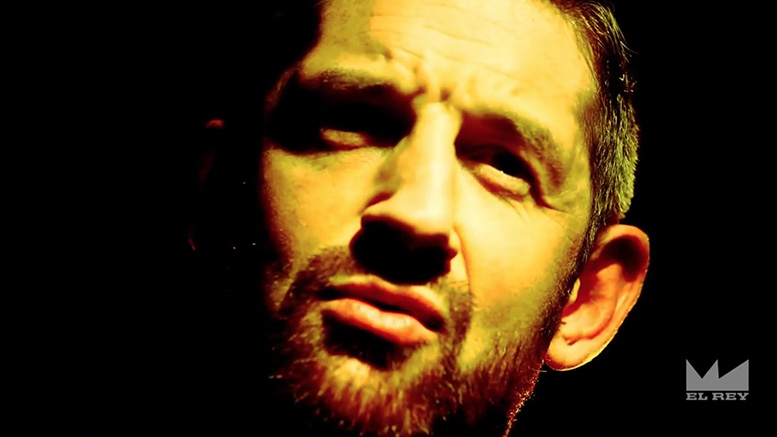 Stu Bennett, who used to wrestle for WWE as Wade Barrett recently did an interview with Andrew Thompson from POST Wrestling, where he discussed what the plans were for his Lucha Underground character, difference between WWE Studios film versus an independent film, and his love for commentary, plus much more.

Stu Bennett on plans for his Lucha Underground character:

“So they were very clear on the pitch with me for that one. It kind of came out of the blue but they told me, ‘Look, we haven’t got funding yet or approval for a season five but we want a big finish to season four and we’ve got some ideas. We’ve been building this character, this mythical character for a little while and we think you’d be the perfect fit for it. Here’s what we’re suggesting, we’ll film it, we’ll put it out. Hopefully we’ll get funding for the fifth one but we can’t guarantee it. What do you say?’ And coincidentally, I was gonna be in L.A. when they were filming anyway so I agreed to do it. It was a very short film cycle. I think they needed me for about three or four hours just to film that little segment so I went and did it and unfortunately, it seems like Lucha Underground is done and dusted now. Maybe it’ll come back one day but the plan was that I was gonna be this kind of character who was controlling an army of guys. I think they were gonna call me The Lord. The Lord of Wrestling or something like that and I was gonna be controlling these guys who were gonna come in and take over The Temple and attack everyone. A bit like my Nexus days if I’m quite honest with you. It sounded a bit like that so who knows where it could’ve gone. I don’t think the idea was fully fleshed out but, that was the rough pitch that was given to me.”

Stu Bennett on the difference between a WWE Studios film versus an independent film:

“I think the biggest difference really between something like ‘Eliminators’ which I think I shot in 2015 or ‘16 — the biggest difference is probably my experience level now is higher, and that not only improves my performance as you would expect but it also gives me confidence to make certain suggestions to directors and producers about the script, how we should change this, how this scene isn’t working whereas when I did Eliminators, I simply did what I was told. I was very much in that WWE wrestler mindset where, ‘Here’s your orders for the day. You have to follow them and don’t deviate at all from what you’re doing’ and that was very much how I had to wrestle at the time and how I was told to wrestle at the time so, now I have a bit more freedom in my life and I don’t have this oppressive force telling me, ‘No, you can only stick to this very fine pathway that we’re giving you.’ It allows me to look at scripts and make suggestions and make tweaks and things like that so that’s probably the biggest difference in my mind. In terms of budgets and things, we’re working to very similar budgets. These aren’t the big Hollywood blockbusters, hundred million budgets and crazy casts that you would get from Hollywood. It’s definitely indie film and I think that gives you a very different flavor in the film. I would compare it to, if you’re a fan of WWE wrestling, that’s the biggest and most expensive production in the world, and a lot of people love that but there’s also something to be said for the smaller independent companies like, for example a PWG who got huge in the past and that is a very different feel. It’s obviously lower budget but you get something very different from that-that you don’t get from the bigger guys like WWE so it’s just a different flavor of ice cream as they like to say in the pro wrestling world.”

Stu Bennett on getting more excited doing commentary than he did being in the ring:

“I absolutely do because my favorite part of being a pro wrestler was the occasions where I got to tell wrestlers’ stories rather than just having random matches with a guy and doing moves that doesn’t mean anything. That’s never appealed to me and a lot of pro wrestling these days unfortunately has become that. It’s a stunt show at times. So now, whenever I’m commentating, no matter what match is going on ahead of me, it’s up to me to add some color to the match and add some storyline and some narrative and get excited about it and I can’t help but get absorbed into these matches and feel like I’ve become a part of it and I’m telling these stories for them so, I love doing it. I think I’ll be doing it for a long time, and I hope to see my career with NWA progress.”