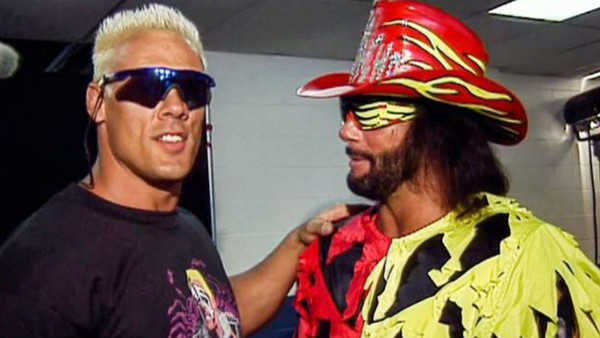 A new special on Sting has been added to the VOD section of the WWE Network. The special is called, The Sting: The Lost Tape. The special has never-before-seen footage as cameras followed Sting backstage during WCW Slamboree 1995.

WWE Network has released a synopsis on the special:

WWE posted a video of Sting and Randy Savage joking around backstage. Savage mentions owing Sting money over a game of gin, but does not plan on paying him back. Check out the video below.

Previous Jesse Ventura On The Current State of America
Next Shelly Martinez On Differences Between Stephanie McMahon and Dixie Carter, Jim Cornette, Possibility Of Returning