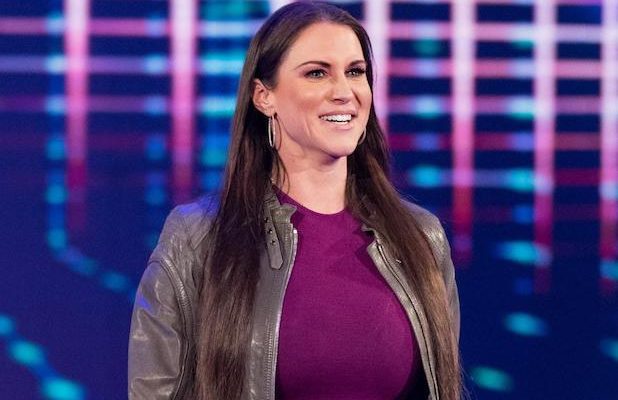 Recently ESPN caught up with Stephanie McMahon, Sonya Deville, and Becky Lynch to discuss the new WWE series Fight Like A Girl, which debuted this week on the new streaming service, Quibi. Check out the highlights and the trailer to the new show below.

Stephanie McMahon on the reason for creating Fight Like A Girl:

“Nearly 40% of our WWE audience is women…And in thinking about the creation of this series, we [wanted to] specifically focus on women and our female fans and help give them some of the tools that our superstars have used to overcome their issues.”

Stephanie McMahon on the young women who were mentored:

“Going through the process and coming in and being willing to open up your life to the world and to be that vulnerable is scary, and these young women did it…They did it bravely and boldly.”

Becky Lynch on Rachel, the young woman she mentored:

“It’s not about the six-packs and Instagram posts that show your body. It’s about making sure your body and mind are healthy. It’s all connected. And we can be our own worst enemies and critics, but if we could get out of our own way, anything is possible. And Rachel wanted to change and do something great for herself, and I was glad that I would be a part of that.”

Sonya Deville on Samantha, the young woman she mentored:

“When I got to the WWE four and a half years ago, I wasn’t out yet. I wasn’t comfortable with my own sexuality. So, right there is a huge relatable factor for Samantha and me. The moment she told me her story, I thought, ‘Oh my God, that was me.’ As a kid that was closeted, I always just wanted to know that somebody else out there felt the same way that I did and could relate. [Henson] wanted to be better for herself, and she just wanted her life to be filled with love and acceptance. She inspired me and changed my perspective on so many things far more than I think I did hers.

Previous Donald Trump Names Vince McMahon, Dana White, Among Others To Advisory Board On Re-Opening Economy
Next Jim Cornette On Ronda Rousey’s ‘Fake Fighting’ Comment, Calls Her A ‘Pampered Douchebag’ & A ‘Mental Case’