Sonya Deville Says She’s Working On Getting a Batwoman Audition 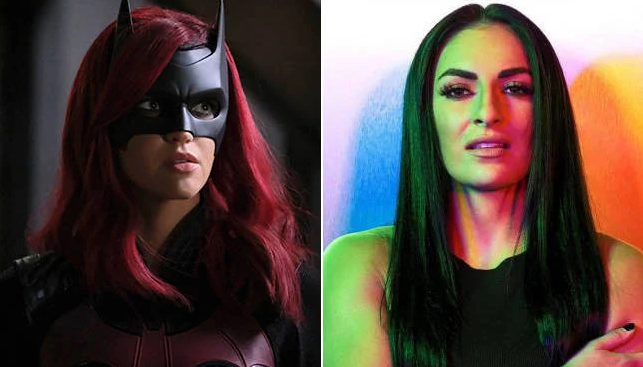 WWE Superstar recently had an interview with CBM where she discussed several topics, including possibly getting into acting and possibly auditioning for the row of Batwoman now that Ruby Rose is no longer in the show.

Sonya Deville on how she learned The CW was casting for a new Batwoman:

“I actually got tagged in something on Instagram or Twitter by one of my fans saying, ‘Oh my God, Sonya would be the perfect replacement for Ruby Rose.’ I was like, ‘Wait a second, Ruby Rose stepped down?’ I had no idea, and so then I looked online and saw that she had stepped down from the role, so was like, ‘Oh wow, this is like a dream role right here.’”

Sonya Deville on playing new role instead of  being recast as Kate Kane:

“I think that’s always cool because Ruby obviously did a great job with the character, and you don’t ever want to be a different version of somebody else. You want to be a new version of yourself, and so I think that would be an amazing opportunity to create a new role and bring something very different to it, you know?”

Sonya Deville on if she’s had any contact with The CW or had a chance to audition:

Sonya Deville on any concerns about how acting would affect her wrestling career:

“What I do in the ring with WWE is my priority right now, and it’s my #1. But, people film movies all the time, and television roles, while working for WWE, so nothing is impossible.”

Sonya Deville on if she has WWE’s support in possibly playing the role:

“I think they would be on board, but yes, [it’s] very early stages right now. ”

Sonya Deville on what it would mean to play an openly gay superhero like Batwoman:

“Growing up in general as a female, female superheroes are so inspiring and so cool, but they weren’t always the most prevalent. You had Wonder Woman and Batwoman, but it was so cool to me to not only see a strong female being portrayed on a network like The CW, but that Batwoman is gay. That was so, so cool to me. I remember seeing when Ruby Rose got the part and being like, ‘Oh my God, that’s so badass.’ The fact they want to keep it in the LGBTQ+ community I think is something that’s really, really cool. I would love to be able to be the one to continue that inspiring message.”

Sonya Deville on wanting to pursue an acting career:

“Yeah, I took my first acting class when I was 12 or 13 years old. I remember that my mom used to drive me 45 minutes from our house to take acting classes, so it’s always been a dream of mine that recently, in the past year, I’ve started pursuing more than I was before. The timing felt good with that, and it’s my retirement plan. I can’t wrestle until I’m eighty, so I would love to transition like John Cena and The Rock have. I’d like to be the first female to make the big leap. ”

Sonya Deville on what she would say to skeptical comic book fans about her playing Batwoman:

“That’s the thing I think is unique about me being in pursuit of the role. I think I would bring a level of intensity and passion that you’ve never maybe seen before. Not only my experience in wrestling these past five years, but seven years of trained martial arts. In every sport that I’ve played, I’ve always been the most aggressive and the most intense person on the field or on the court, so that’s kind of just part of my character as a person. I think I would bring that level to screen people have never really seen before.”