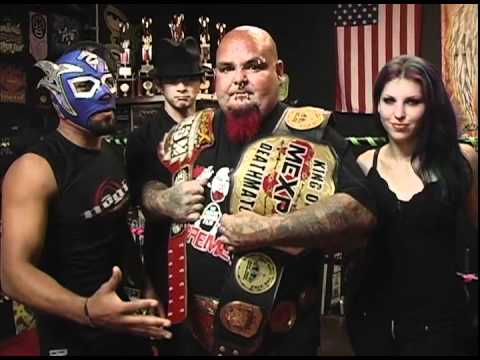 Trainer and independent wrestler Kaos, who’s real name is Joey Munoz posted on his Facebook that unfortunately his uncle and SoCal Hardcore Legend Supreme passed away this morning at the age of 49. At this time, the cause of death is still unknown.

“I’m at a loss for words. My uncle, My hero, My reason I have a life in Pro Wrestling. Lester aka Supreme passed away this morning. My heart is dropped, broken and numb. I’m at a real loss right now.”

Supreme made his name on Rob Black’s Xtreme Pro Wrestling (XPW), a promotion based in Los Angeles, CA. His nickname was “The Human Horror Show,” because of his hardcore style and extreme death matches. We have included some of his matches and highlights below.

Wrestling Examiner would like to give our condolences to his family, friends and fans.