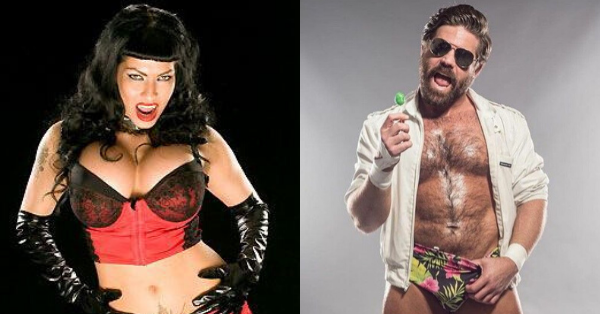 On the latest episode of Shelly Live on VOC Nation, former WWE Superstar and Impact Knockout Shelly Martinez shared her thoughts on the #SpeakingOut movement, explained why she didn’t reveal names in the the passed, long-term affects of abuse, her thoughts on Joey Ryan, and even shared some advice for the victims.

Shelly Martinez on not revealing names when she voiced allegations in the past:

“It’s not about the who, it’s about the what. That this is what’s going on. Was that wrong of me to do? Should I have always said these name? I don’t know. What I do know is my truth, and things that happened personally to me, I shouldn’t have to feel guilty talking about.”

Shelly Martinez on the #SpeakingOut movement:

“It makes me so happy to see so many people coming forward and speaking their truth. Because it’s hard. It’s hard to speak your truth because (a) you have to relive it now; (b) once it’s out there it’s out there so you gotta be okay that it’s out there. It’s scary. No matter what you believe in life, energy is energy so if you’re talking about a situation with somebody that’s a predator and then they’re reading it, they’re gonna throw you those vibes. And then now all of the sudden I’m sure there’s a lot of people that have been speaking out that have been feeling very sick through all of this because they’re getting those vibes.”

Shelly Martinez on the long-term affects of the abuse:

“I count my blessings I was never raped. I’ve been in some weird situations. I’ve been able to stop certain situations, and I know what that did to me and my mental health. So for all those people out there that are speaking out, and they were so violated, or felt like they had to do whatever, that freaking sucks and my heart breaks for them. When somebody violates your body, sometimes it’s hard to get that piece of you back.”

Shelly Martinez on not being accountability for offenders:

“These predators don’t even realize how when they’re said and done and they’re not even thinking about who they’ve hurt, people are out there living life and sometimes their life is completely different now because of what happened… Now their all messed up trying to figure their life out, not even realizing that it really stemmed from these situations. And when these (predators) find out, a lot of times it seems like they don’t even care. I could not believe when I read David Starr’s apology letter that he made himself out to be the victim. That seems to be the pattern of what people do.”

“There was a time that I was cool with Joey Ryan… There was a time that he asked my sister out on a date.. I think they went out once, and then there was this rumor that he slept with her. I was like, ‘dude, what the hell is wrong with Joey; he did not sleep with her, why is he saying that?’ Then when I confronted him, he denied it…So fast forward, I had some friends that had been involved with Joey, and they shared with me some things… There have been times that I’ve told Joey to his face why I didn’t like him… Even though the things he did to the people I knew that were involved with him, it was never forcing himself on them kind of thing. It was just some other things that truly told me something about his character, or lack thereof. But the common denominator I saw was when he would try to apologize for his actions, his excuses – in particular his divorce – you can’t be using your divorce as an excuse to treat women that way. That’s just not how it works. That’s how I knew immediately what people were saying was 1000% true.”

Shelly Martinez on advice she has for Joey Ryan’s victims:

“I really hope that people who have been hurt by him – his lies and deceit – but held on because they felt like they had some kind of special connection with him, I hope they can now see that that’s just part of his schtick, and it wasn’t that deep, so that they can let go of that and move forward and not be affected by his energy anymore.”

Previous Damian Priest Says “I Wouldn’t Even Be in the Business If It Wasn’t for The Undertaker”
Next Updated: CHIKARA Officially Shuts Down Over Mike Quackenbush Allegations