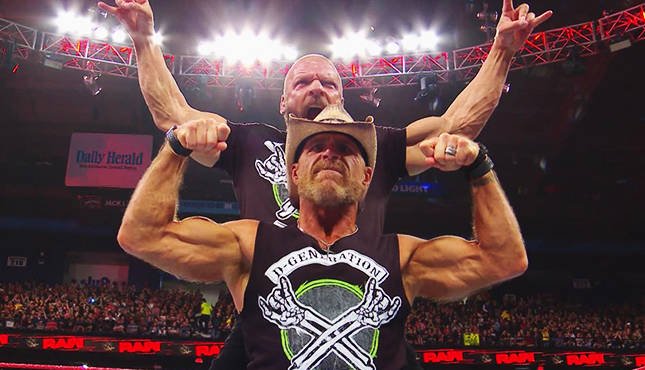 Shawn Michaels and Triple H recently had an interview with Inside The Ropes where they discussed several topics including the difference between how wrestling fans are now compared to several years back before social media.

Triple H on how fans are now compared to before:

“The world now, and I think this is like social media, it’s okay to express what you want to express. Like to me, if you go back to like the 80s, like it’s almost kind of if you were a WWF fan then like you didn’t want to say, ‘look, I don’t like Hogan,’ but you don’t want to say too loud because everybody else liked Hogan and you didn’t want to be the one guy that didn’t. Or maybe you did, but you were in this little vocal minority over here that was doing the thing. Now, I think it’s just that everybody has an opinion. Everybody. No matter what you say, it’s wrong to somebody, no matter what you do, it’s wrong to somebody. Everybody has an opinion. You can’t dictate now. So, like, you’re going to create a character that everybody is supposed to dislike. But there’s a large portion of them who are going to like that. Then, when you make somebody that they’re supposed to like, there’s a large portion of them dislike that. If you tried hard to flip them, and I know everyone will make the Roman thing on this, but like, there’s something to all that. You know, you talk about the Ciampa thing. It’s unique, but it’s a cool thing and for whatever reason, it’s happened, it just is. But it’s a more difficult thing probably now, I think than it’s ever been in this business to come up with a universal one or the other.”

Shawn Michaels on the passion of fans:

“That’s what’s so great about this. We love it, but it’s still a fact. I mean, fans of anything, not just WWE fans, fans of anything are, you know, again if you’re winning, they’re for you. If you’re losing…I mean you look, you guys are like that with your soccer. I would imagine go to a soccer game, and a big fight breaks out…sometimes it happens because the emotions or whatever, I mean. Sports fans are passionate about what they do and it causes them to do whatever.”

Triple H on WWE loving the enthusiasm of their fans:

“The one that I love about, you know, what we do is the passion of the fan base. I think sometimes fans think it’s something that we hate or something. It’s funny. Sometimes I see the Internet talk about us manipulating crowd noises. We don’t manipulate the crowd noises, you know, stuff where they think like, ‘oh, and then they turn down the volume because this guy was getting booed.’ No we didn’t. That’s just what’s happening. It just is. But they’re so passionate about it. But we love the fact that they can express their opinion, we love the fact that they can go out there and say, this is great, this isn’t great. This guy’s a good guy. That person is a bad guy, whatever that is. Also if they tell us they dislike something, if we’re smart, we listen to that. It might take a while, but we can fix it.”