Shane McMahon On His Friendship With The Undertaker, WrestleMania 32 Match 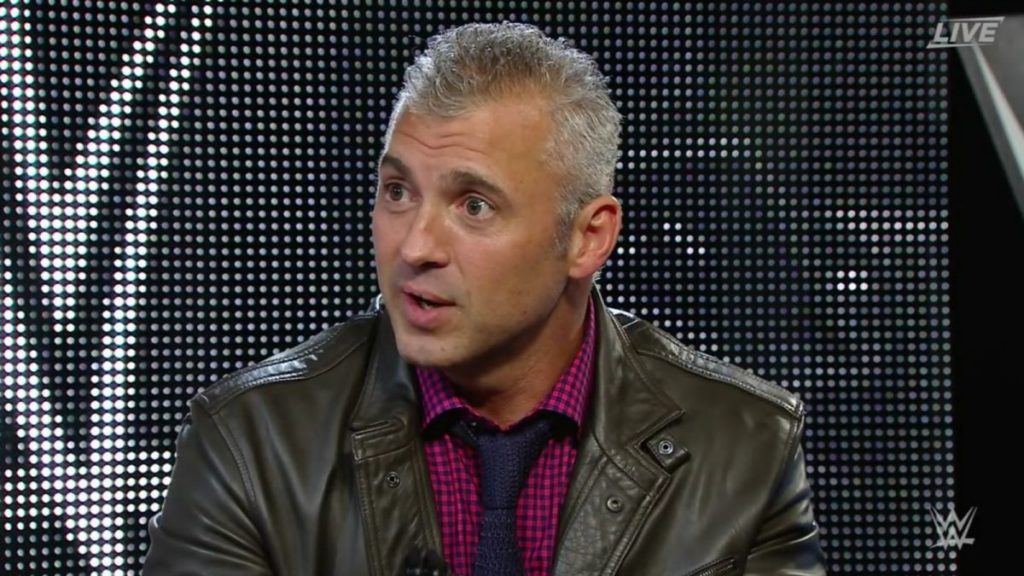 Shane McMahon recently wrote a column for espn (which you can see here ) talking about his friendship with The Undertaker, and their match at WrestleMania 32.

“In the summer of 1990, I was back from college and I was staying at my parents’ house in Greenwich, Connecticut. My dad would have special talent come out to the house. Mark came walking through my dad’s front door. Big, huge, but young — no tattoos, just an alabaster glow of skin. Oh my god, he was so pale. I remember he was sitting on the couch that day, looking uncomfortable. He wasn’t sitting straight up, just off to the side a little bit. So I asked him if he was OK. He said, “I can’t believe it. I only have this one pair of pants. This morning, I got up, leaned down to pick up something and — POP — I popped my zipper.” I looked right next to his zipper, and there’s this giant hole. Now, back in 1990 on a Saturday in New York City, where he’s staying, it’s not like there’s a big-and-tall men’s shop that’s open super early. So I assured him it was OK, that the chief wouldn’t even notice. We just hit it off. You’ve got two kids in their 20s, just starting in the business. And that’s what our relationship would be built on: trust, respect and looking out for each other.”

Shane McMahon on Undertaker calling him about their WrestleMania 32 match:

“The whole reason for the Hell in a Cell match we had at WrestleMania 32 goes back to a couple of major factors. I had a hiatus from the company for a while prior to that. My three boys had never seen me perform live. They’re the main reason I changed my life around, to be more involved in their personal lives. They had asked about me doing it again, and I figured if the right scenario ever came around, I would consider it. One day, I get a call from my friend Mr. Calaway. He says, “What do you think?” And I ask, “About what?” And he says, “Me and you.” My gut was that I didn’t want to say no, which stunned me. So I told him to run it by the boss and see what he thought. Taker called Vince. My dad called me. And the rest is history.

“The three of us started thinking about this match as a special attraction, and the story was about my comeback after seven years, for control of the company — which was a great little family dynamic, because you never know with the McMahons what’s real and what’s not — and that I’d have to get in there with Vince’s chosen representative, and it’ll be a Hell in a Cell. Prior to the match, Mrs. Calaway, Mark’s mother, comes up to me at a dinner a few days before WrestleMania. I’ve known her for a very long time. I ask her how she is, give her a hug. Then she grabs me with both arms and stands me back. She says, in this Texas drawl, “You know, you’ve always been one of my favorites. However … you hit my son right in his eye and made him bleed. You went down a couple of notches in my book.” She was scolding me for this moment on the last Monday Night Raw before WrestleMania, when we were going after each other. And I look over at this big, huge Mark Calaway bowing his head very humbly, thinking how embarrassing this moment is. But it doesn’t matter how badass you are, there’s going to be a protective mother.”

Shane McMahon on his match at WrestleMania 32:

“Once we got to the match itself, there was something so very special and ominous during his ring entrance. The house goes dark. The crowd goes bonkers. Goosebumps explode all over my body. I remember thinking, “OK, I’m about to go to war. I’m about to have my ass handed to me. I gotta be sharp.” There was a big, strong boy coming to get me, and he was pumped. He had like 20 cups of coffee in the back. I just remember my adrenaline was pumping so high at the start that I jumped high and kicked him right in the chest, really hard, to set the tone. Because he’s my friend, and you take more liberties with your friend than you would anyone else. So I waffled him. All of a sudden, I get this barrage of hands — pow, pow, pow — and I’m like, “Oh my god.” Three shots, I was on my heels. I was like, “Oh, he’s mad.” So I kicked him in that perfect charley horse spot, and he grunted, and then I knew it was going to be really stiff for the rest of the match. A lot of people will never understand. You’re teeing off with your friend. It’s like hitting your friend on the arm and then getting one back later.

“During the match, I could hear Mark was happy. He’s like, “Listen, man, I’m feeling it.” The cacophony of sound in that stadium would start way outside and literally like a huge tidal wave that came crashing underneath the ring and then come right up under us. It was powerful. We had so many of those moments in telling the story. Mark said, “We got ’em!” And I said, “Yeah, let’s not mess it up.” At one point, I jumped on Taker’s back and got him in a rear naked choke. He dove with me through the table. Originally, I thought he was going to pick me up and [throw] me over. Then, when I felt him falling back, I was like, “Oh god, oh god, oh god, oh god,” and decided I was just going to hold on. Which ended up being worse. We hit the table, and then I got hit again as his humongous body crushed my rib cage. But again, laughing the whole time. And then we get to the big moment.”