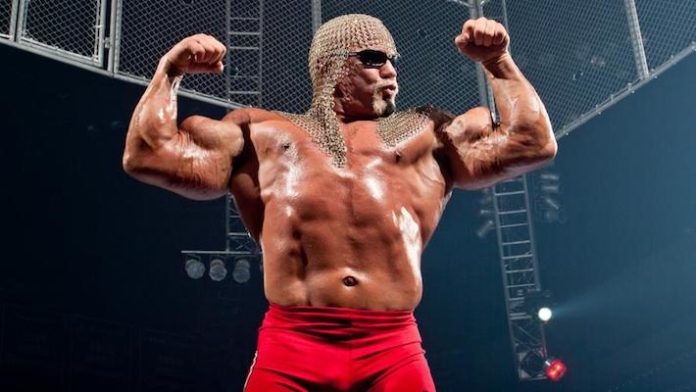 During the latest Impact Wrestling tapings in Atlanta, GA 57-year-old Scott Steiner collapsed backstage according to multiple reports. Paramedics had to work on him before being taken to the emergency room. Steiner is currently recovering in the hospital and is said to be doing well at the moment. Looks like he will be undergoing a heart procedure later today.

Scott D’Amore who is Impact Wrestling’s EVP went on twitter to update fans. According to him Steiner is currently doing well.

For all concerned parties @ScottSteiner is OK.
His family is grateful for everybody’s concern and support.

Tommy Dreamer also Tweeted, saying that he and Joey Ryan are with Steiner at the hospital.

Hulk Hogan also Tweeted on his friend and NWO stablemate

Only love for Scott Steiner may you recover at God speed to only perfect health,Gods got you my brother HH