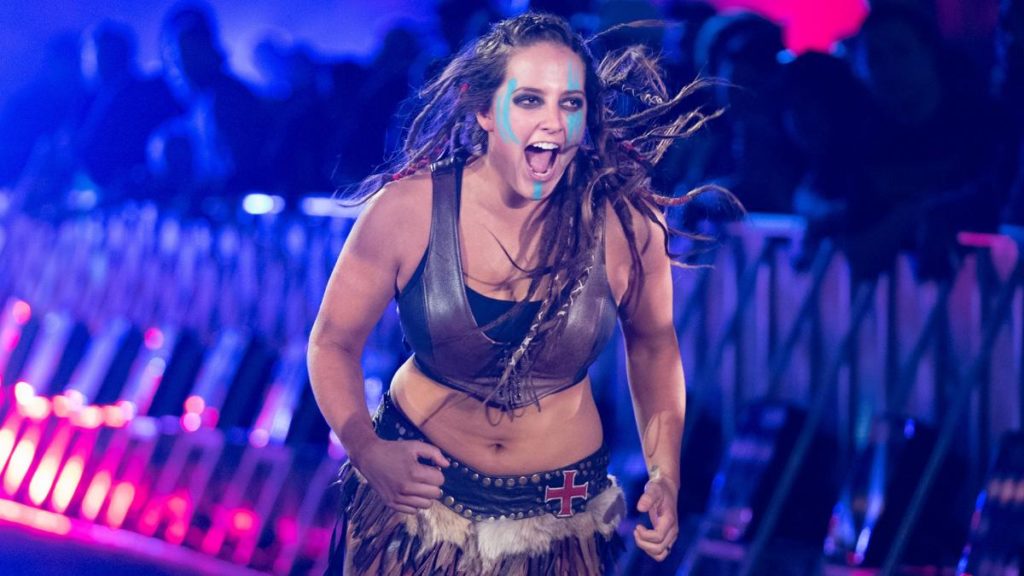 Former WWE Superstar Sarah Logan has announced that she is pregnant in a video that she posted on YouTube.

On the video Logan showed her real reaction to the positive results and spoke about what being a mother meant to her. You can also see the reaction of her husband Raymond Rowe who wrestles as Erik as one half of the tag team The Viking Raiders.

“As you guys know, I’m freakin’ pregnant and I’m so excited, which is like, news for me. I honestly did not want to have kids before I met Ray Rowe. No one had ignited that motherly instinct in me. It just wasn’t something I thought was for me, you know? My immediate family is kind of small, there were no babies growing up. Ray grew up with babies constantly around him. I had a little brother but he was only a couple of years younger than me so I don’t really remember him being an infant and me taking care of him as an infant. It’s just something that I didn’t think was for me. I was that girl who was like, ‘I don’t want kids. I don’t need kids.’ But I met Ray and almost immediately I was like, ‘I want to create something with this man. I want more than what we have. I want everything. I want marriage, like, to live together. I want kids.’ And to have that right now, it’s overwhelming. Just to know that I’m gonna give him something no one else has and no one else will is beautiful. So excited to meet our baby, to see what we created. You always have this idea of how you’re gonna raise a kid, you have this idea of, ‘well if this was my kid, blah blah blah.’

I feel like this is gonna change me drastically. You know, it’s always been about me, and then it’s always been about me and Ray. We never had that third person that both of our lives revolved around and this baby is so young and so small and has already just taken our lives and made it better. I don’t know if I should go on record but I feel, and I could be completely wrong, but I feel like it’s a boy and I feel so happy that this is happening. I got fired from WWE and it felt like our lives got turned upside down. It felt scary and I didn’t know what I was gonna do and this happened. This beautiful thing happened. Everything in my life has happened exactly like it was supposed to in almost a scary way. It’s gotten to the point where I’m like, ‘I can’t wait to figure out why that happened.’ I’m gonna be a mom, and I’m gonna try to love the shit outta this little kid. Me and Ray are just gonna be so happy and I hope we can make this kid that happy.”