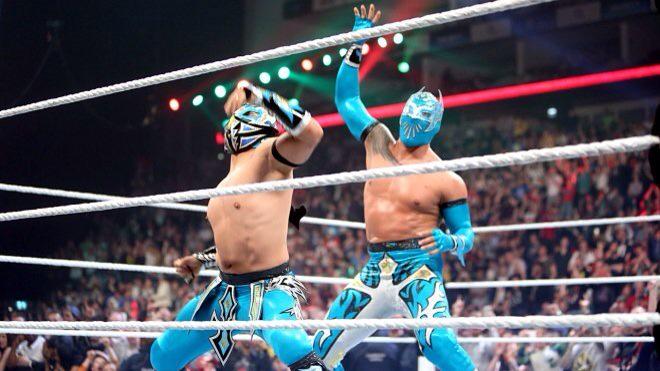 Rumors are starting to circulate that the Lucha Dragons will be splitting up soon. Kalisto has now been the WWE United States Champion for some time, which puts him in a lot of single matches. That leaves Sin Cara without anything to do. Last week he appeared on Monday Night Raw wearing all-black gear. Then after Raw, he went on twitter and tweeted a picture of himself with the words “Cuanto menos sepa la gente de ti mejor!” Which translates to “The less people know about you, the better!”