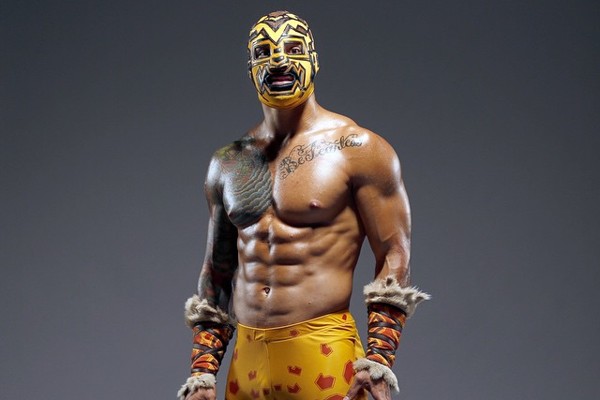 On the latest MLW Radio podcast Mister Saint Laurent (MSL) brings up reports that he has seen where Ricochet, who wrestles as Prince Puma for Lucha Underground, has been offered a contract of up to $300,000 for him to stay with the company. This is a huge offer for someone who has never wrestled in WWE before, but obviously Lucha Underground has big plans for him.

Something very interesting is that according to MSL the money would be paid by El Rey Network and not by Lucha Underground’s parent company Lucha Libre FMV LLC. So in the case that Lucha Underground would go out of business Puma would still get paid. The contract will also allow Puma to continue wrestling in the independent circuit and for New Japan where he wrestles as Ricochet.

It has been reported that WWE is extremely interested in bringing in Ricochet and adding him to the NXT roster. Unfortunately now the price might be too high for them as according to Court Bauer WWE would have to make an offer of around $500,000 just to be in the conversation.

You can listen to the whole podcast below. Prince Puma/Ricochet talk starts at the 37:32 mark.