Rob Gronkowski May Return to NFL, Traded to Buccaneers from Patriots for 4th-Round Pick 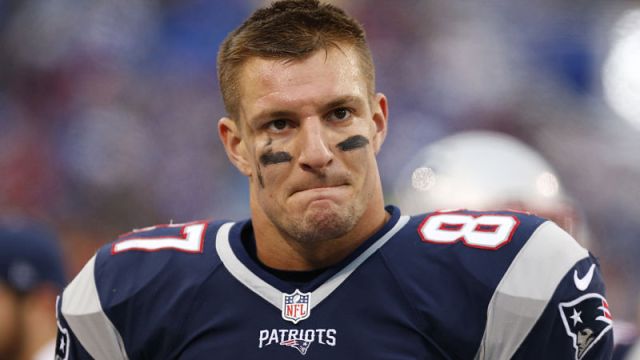 Looks like Gronkowski’s career with the WWE might be either over or at least put on hold for while. If Gronk does return to football, he would most likely not be able to take part in any physical matches for WWE, which probably means plans for him to be at SummerSlam would need to be changed.

According to ESPN’s Adam Schefter, the New England Patriots have agreed to trade their tight end, and WWE’s current 24/7 champion, Rob Gronkowski to the Tampa Bay Buccaneers for a fourth-round draft pack.

Trade, pending physical: Patriots are trading TE Rob Gronkowski and a seventh-round pick to the Buccaneers for a fourth-round pick, source tells ESPN.

According to Fox Sports’ Jay Glazer Gronkowski  has passed his physical

Gronk has now passed his physical. Trade is for him and 7th for Bucs fourth-round selection.

Several reports have suggested the Gronk has been transforming his body to get ready for football and reunite with Tom Brady in Tampa Bay.

#Patriots TE Rob Gronkowski has, in fact, begin putting on weight for a return to football, sources say. He’s ready. He wants to return. And Tom Brady wants him back for the #Bucs, too.

Gronk reuniting with Brady — wherever Brady ended — always felt like a real scenario behind the scenes. I can’t understate the appreciation, on and off the field, they have for each other. Gronk was done with the Patriots… but he never wanted to be done catching TDs from Brady.

Previous The Godfather Speaks On Vince McMahon’s Views On Marijuana
Next Jim Cornette On WWE Being Labeled an ‘Essential Business,’ Right Time For Talent to Unionize