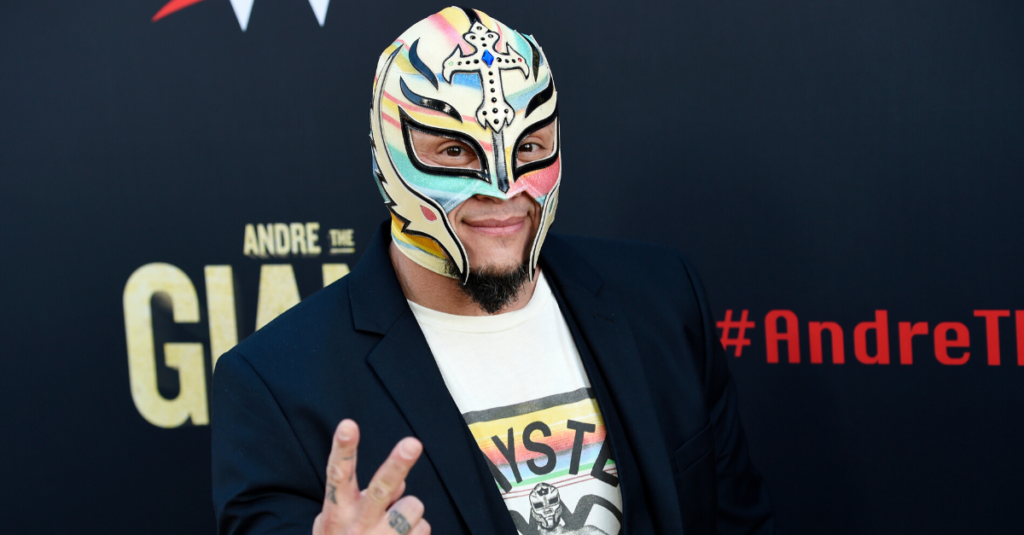 Recently Rey Mysterio had an interview with ComicBook.com where he explained why he was not able to attend WrestleMania 36.

Rey also had a video interview with Fox Sports MX (which you can see below) where he confirmed that he was in self-quarantine after telling WWE officials that he wasn’t feeling well during tapings at the WWE Performance Center. That’s when the medical staff told him to stay home. Mysterio when on to say that he was not showing any signs or symptoms of the coronavirus.

Plans for WrestleMania 36 had to be changed as Rey Mysterio vs Andrade for the United States Championship had to be cancelled with Mysterio quarantine, and Andrade out with a rib injury. WWE instead went with a RAW Tag-Team Championship match between Austin Theory and Angle Garza vs The Street Profits.

Previous Braun Strowman On Brock Lesnar Punching Him, Reaction Afterwards
Next CZW ‘Best of Explosion Matches’ To Debut On PPV Next Month