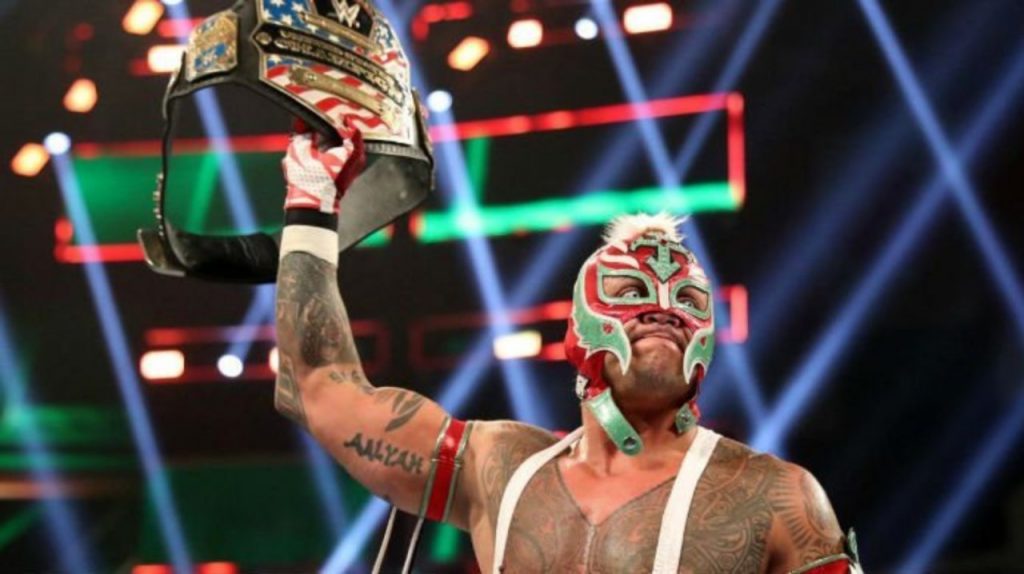 A couple months back there were rumors that WWE was thinking about a mask vs title match for WrestleMania 36, between Rey Mysterio and Andrade, who was the US Champion.

Obviously this match didn’t happen, but it looks like Mysterio is open to the idea of putting his mask on the line.

“If the opportunity came about, I would jump in a heartbeat [on putting his mask on the line again], I think that’s what makes Lucha Libre exciting and in this case to bring Lucha Libre to the WWE, and show the WWE Universe the excitement behind the mask vs. hair match, or the mask vs. title match.

You know you put your heart out there in those matches. I would actually love to jump in the ring one of these days before I retire and put my mask on the line against something that is well worth it.”

Back in 1999 when working for WCW, Mysterio teamed up with Konnan, and put his mask on the line against The Outsiders, Kevin Nash and Scott Hall. The match was a mask vs hair match at WCW SuperBrawl IX. He ended up losing the match and his mask.

Losing his mask caused a bit of controversy as Mysterio didn’t want to do it at the time. Due to the significance in the Lucha Libre world, he eventually had to get permission from the Lucha Libre Commission to be able to wear his mask again.