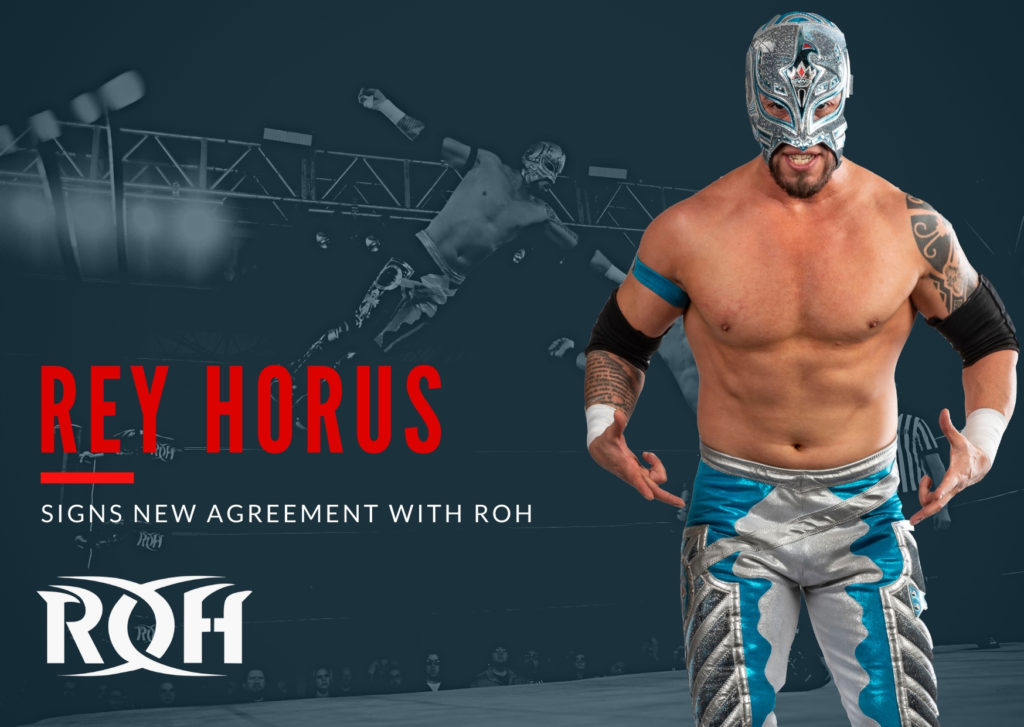 Rey Horus who also competed as Dragon Azteca Jr when he wrestled for Lucha Underground has signed a new deal with ROH.

The following press release was issued by Ring Of Honor:

REY HORUS SIGNS NEW CONTRACT WITH ROH
It didn’t take long for Rey Horus to make an impact in Ring of Honor, and the company is pleased to announce that the exciting Mexican star will make ROH his home after signing a new contract.

Before making his ROH debut in December, Horus had earned a reputation as one of the best high flyers in pro wrestling over the past decade. Trained by Rey Mysterio Sr. (the uncle of Rey Mysterio Jr.), Horus was a top star for The Crash in Mexico, where he held the promotion’s heavyweight championship for six months last year and made successful title defenses against the likes of Jeff Cobb and Bandido.