Rey Fenix Added To Casino Ladder Match at Double or Nothing 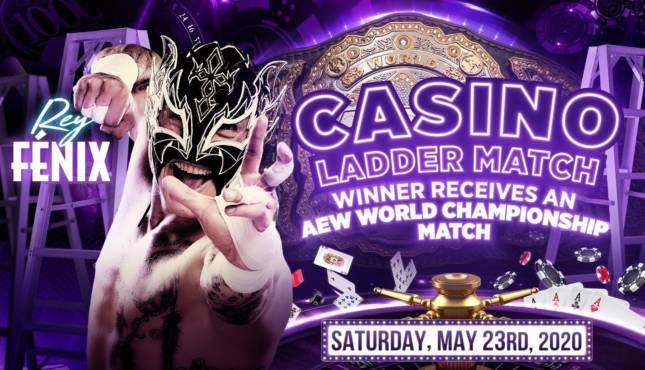 AEW has announced that Rey Fenix will be the fourth participant in the Casino Ladder Match at AEW Double or Nothing on May 23rd. The first participant was Darby Allin followed by Colt Cabana, and then Orange Cassidy.

Your fourth entrant in the Casino Ladder Match is @ReyFenixMX!
Is he your pick to win?
Order Double or Nothing on all major cable & satellite providers / @BRLive / @FITETV (International Fans Only) #AEWDoN pic.twitter.com/NxKBS3Q1YI

Previous Impact Wrestling Results & Highlights (5/12/20)
Next Glacier On Breaking Into the Business, Signing With WCW, Bonding With Eric Bischoff & More