PCO On His Run in WWF/WWE, Jacques Rougeau’s Falling Out With Vince McMahon 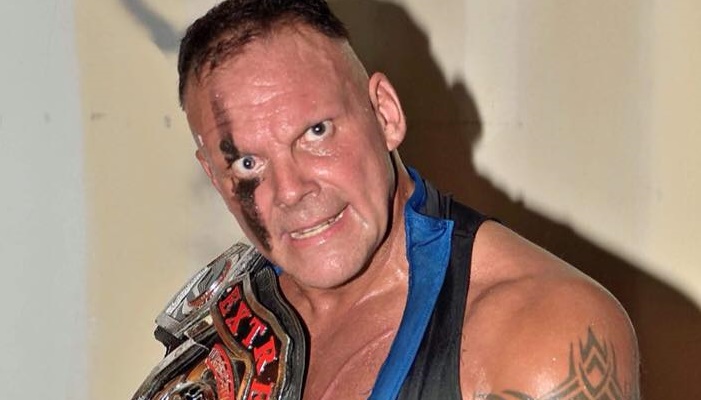 Former ROH World Champion PCO recently did an interview with Spencer Love of Win Column Sports for his Conversations With Love podcast, where he discussed his time back in the WWF/WWE.

“It was a stepping stone for me. It was just the beginning of the whole thing. My plan was to, yeah, like to be like Bret a little bit, or to follow a spat, sort of, PCO explained. “Going from the World Tag Team Champions to the Intercontinental Champion to the world title. I wouldn’t mind in order to get into the world title picture right away, which I did against Diesel a few times and things like that. My name had been put there to go against Bob Backlund, also, at the Montreal stadium against Backlund for the title (and was) supposed to win it for a short period of time. That didn’t – that plan didn’t go through. Jacques and Vince fell apart on that because Jacques wanted to go to the stadium. That was right after the Jaques Rougeau retirement match where I wrestled him.”

PCO on the relationship between Jacques Rougeau and Vince McMahon:

“There was a lot of transition, and Vince had called us called Jaques back and said, ‘Jaques, listen. We don’t have what it takes to go to the stadium. ‘What do you mean, we don’t know what it takes? I’m gonna be PCO’s manager, I’m going to be Carl’s manager, it’s (for the) world title, there’s gonna be 16,000 people there. Yeah, crazy. So it’d be like, and Vince said ‘that’s my money, and I don’t want to go there, and I don’t want to do this, and I don’t feel good about it. So Jaques said ‘alright, Vince, if you don’t go with me, well, I’ll go with Hulk to the stadium. So that was the end of the relationship of Jacques and Vince (because) they ended up on a really bad note. It was a lot of hate. Jacques wanted me to go with him to WCW at that time, and I said, ‘no, I can’t’ because since (I was) 16 years old, I’ve been working my ass off to get here.’

“Now that I know Vince, now that he’s calling me on my phone telling me this and that, I have a great relationship with him (and) with all the other executives. The time that it took, it took me like two years before you know to be comfortable, you know? So, now I’m gonna have to go there with you in Atlanta and reconstruct all of this. I said no, and then it was a big argument with Vince and Jacques and he says ‘you can’t go with Carl, because I own Carl Ouellet, so you won’t be able to go with them,’ and Jaques was trying to talk to me into like, ‘Vince is using you like us merchandise,’ but to me, it was flattering, though. To say I own (Carl), it was like he wanted me to be on his side.”

PCO on if he he’d beating Diesel for the world title:

“I think it would have been great. I think I would have shown that I can – I already had shown that I could be a main event, you know, when I did the match against Jacques, and I think they had big plans for Diesel. Diesel will tell you himself like he’s not the greatest worker, but he’s got other attributes that make him the guy that he was.”

Previous Stephanie McMahon On the High Risk Of the WWE Network, It Was Originally Going to Be On Traditional TV
Next Rey Mysterio On Dominick’s Training Progress, Perfect Opponent For Dominick & More