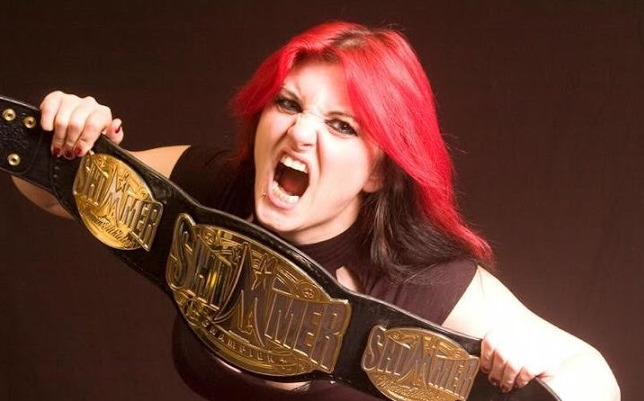 WWE Superstar Paige’s mother whose professional name is Saraya Knight has been accused of abuse and sexual assault by a few different people. Well she has finally responded to the accusations.

Charlie Morgan, who is a retired NXT UK star is one of several people who are accusing Knight and her wrestling school (World Association of Wrestling) of multiple accounts of sexual assault as well as mental and physical abuse.

Lander took to Twitter to release a statement where he mentions several instances of abuse and inappropriate behavior at the wrestling school. Also, Alice Smith, Lander, Ayesha Raymond, and Hanna Holmes issued a joint statement to Bell To Belles accusing the Knight family of creating an environment that allows psychological and physical abuse.

The allegations noted how the female trainees were forced to show their aggression in the ring while being physically beaten to be made an example out of. They also accused one female trainer of groping men’s genital regions for laughs.

Also a wrestling fan named Richard Whiting claims that Knight french kissed him when he was only 10 years old, while he was attending a show.

This is about The Knight Family

Anonymous no more!
one of these stories is mine!
This cannot continue.. #SpeakingOut pic.twitter.com/ghKvcodFXE

After brave stories with regards to the Knight family from @charliemorganuk and @jayladark, I’d like to share the following on ‘Sweet’ Saraya Knight #SpeakingOut pic.twitter.com/WOFa5zTmu4

Saraya Knight refuted the allegations on her Facebook page by writing the following:

“So for the last 3 days I have sat wondering what exactly is needed to satisfy this bloodthirsty hunt, my life, you want me to die? You think by pushing buttons I am going to lie there and just take it.

Firstly, I refute any statements regarding kissing a minor, thats fucking sick and if norfolk police wants to come and chat to me about it, i fucking welcome it. Where was the parents during this apparent act! 10 years old at a show alone? I dont think so! I hope you have good lawyers. I will welcome ANY police enquiry into this matter. I absolutely deny this!!!!!

Yasmin we were talking up to April this year, why didn’t you say, you came to my gym just before lockdown during training, cuddled me, you and Alice came in, in front of 30 people!! I dont get it!

Ayesha, we didn’t get on, we fought hard, you gave as good as you got, you didn’t back down, we argued like equals. As far as I am concerned, you are entitled to whatever opinion you have of me, you were no shrinking violet.

Alice, I am shocked, I have always loved you. This has hurt bad.

In fact everyone that has written something, no matter whether true or false, right or wrong has had plenty of time to approach me. Why wait all this time?

I will be stepping away with immediate effect, i will be deleting all social media, you can attack me via [email protected], I will be happy to forward everyones point of view to my solicitor, im sure as you can see the business will be in great hands. And for every ying there is a yang, i know that this now is going to crescendo, but its ok, there are 2 sides to every story remember that.

Thankyou for 30 years, i am done, i cannot believe that I am being attacked in this fucking insane way, i am walking away because I am heartbroken not because I’m being forced to. I cannot stomach even being around wrestling. I have got fuck all to hide, i have done fuck all to warrant this, i train hard!! I have trained everywhere, made more of my money in training than wrestling, i am such a bad teacher! You girls can fucking go thats no coincide! I cannot accept this. And I won’t. I am seeking legal advice. Any allegations now please forward to norfolk police!!!!”

Previous AEW Star Darby Allin Accused Of Emotionally Abusing In Past Relationship
Next Glenn Jacobs (Kane) Realizing He Was A Libertarian, Likes & Dislikes About Donald Trump