Breaking News
Home / WWE / Otis On Dyslexia, How It Impacted His Life, Going To College, Telling Tucker About It, More

Otis On Dyslexia, How It Impacted His Life, Going To College, Telling Tucker About It, More 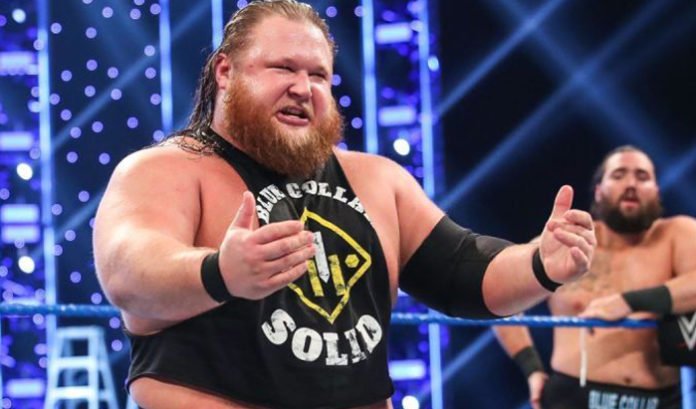 WWE Superstar Otis recently appeared on Lilian Garcia’s “Chasing Glory” podcast where he discussed his dyslexia, and how it has affected his life growing up.

You can check out the highlights or listen to the full podcast below.

“That sort of thing too, when you just say something and it stings people inside but they don’t say anything about it, it’s the same where, a joke is, every time I’ve mentioned it, I’ve gotten a giggle and says, ‘Yeah, me too.’ And it’s like, you just kind of go with it.”

Otis on taking a while to tell Tucker about his dyslexia:

“Took me about, maybe six months to tell Tucky, said, ‘Hey Man, this is like,’ because we got together as a team, we didn’t know each other that well, and then we started becoming friends and this and that and getting our work in the ring somehow fine-tuned, I told him, I said, ‘Hey man, I really just can’t read this.’”

Otis on getting a pain in the back of his head in college because of his dyslexia:

“I remember at finals in college, when I tried going to college, I get this weird pain in the back of my head, and the doctor said, I was getting these headaches, I was getting freaked out, I was like, what is going on. You just get this, I don’t know how to explain it, the nerves, the tension, the back of your head is very high stress, it’s from you trying to read and comprehend, just trying to get that basically. In high school, I had my angel teacher, Barbara Danielson, she helped me through everything, every test she was my reader, ACT she was my reader, we just had a great relationship, and she did her best to get me passing for those athletics.”

Otis on college being difficult for him:

“They have programs, but say for a book, if I need an audio CD, an audio tape, to comprehend the book, some classes don’t even have them, so literally you go to the teacher and you go what should I do, well, that’s on you, because no one is going to sit with you and read that much pages every night. So college was tough. I’m not bitter about a lot of things but maybe a little bitter about college.”

Previous Glacier On Breaking Into the Business, Signing With WCW, Bonding With Eric Bischoff & More
Next Moose Believes Recent WWE Releases Could Be ‘Treasures’ for Impact Wrestling