NXT Star Joaquin Wilde To Return To The Ring

NXT Star Joaquin Wilde recently took to his Instagram and said that he has been cleared to return to in-ring action. This past month, Wilde underwent surgery due to a broken eye socket. He now also has a steel plate in his face.

Wilde suffered the unfortunate injury back in July while he was training. At the time, his surgery was held off by the doctors as they were trying to see if the injury would heal by itself.

Joaquin Wilde made his NXT TV debut during The NXT Breakout Tournament, where he lost a First Round Match to Angel Garza. You can check out Joaquin Wilde’s post below:

My eye is swollen shut but i just wanted to let yall know that surgery was a success and im officially on the road to recovery. I have a steel plate in my face now. Surgeon said 4 weeks til i can start doing stuff again. So ill be back at it real soon! pic.twitter.com/6OYit6cBwF 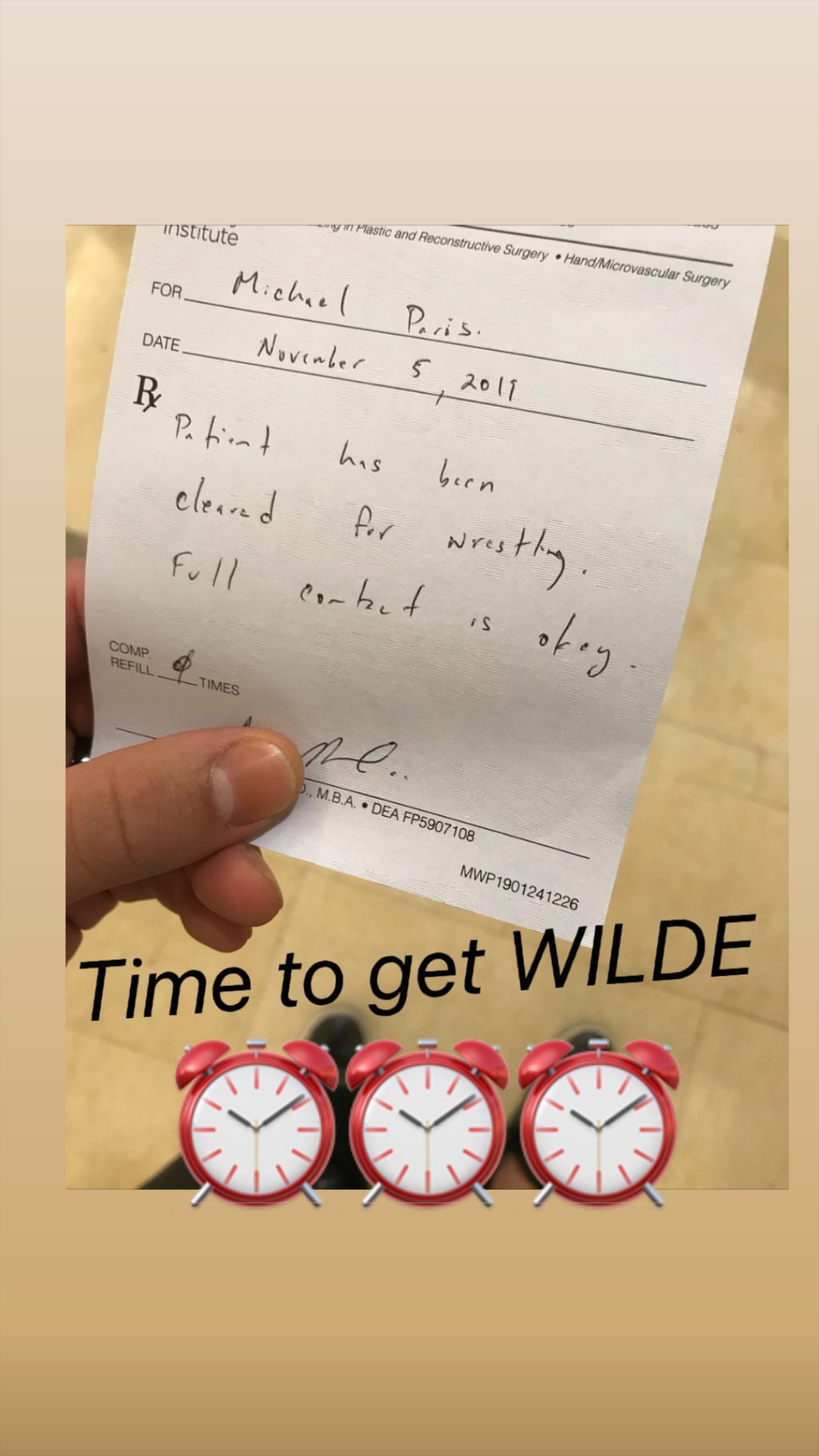